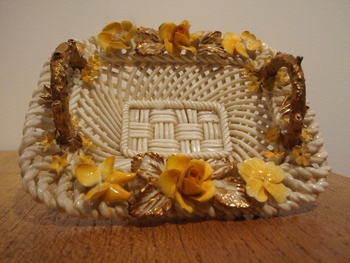 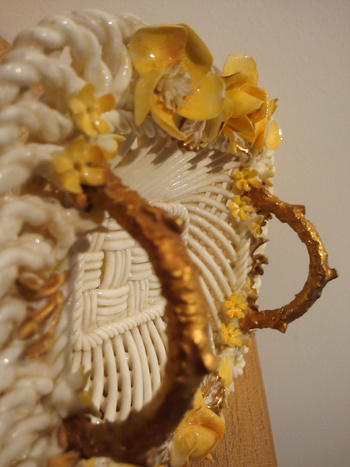 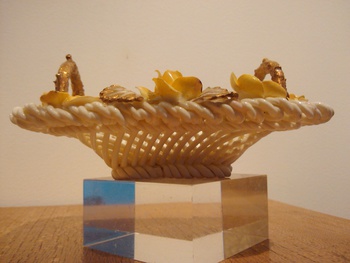 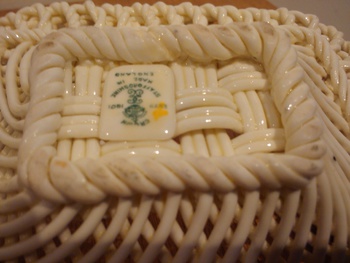 Fenton is one of the six towns of the Stoke-on-Trent conurbation which were federated in 1910.

When I saw this little basket I had the opportunity to buy three of them but this was the best to my eye. I intended it to be a birthday gift to my mother in June this year.

The 'woven basket' was product produced as a theme to celebrate the 80th anniversary of the founding of the firm. This little basket probably dates to the late 1940's. This example is based on four strands woven in porcelain.

"In 1946 the Heron Cross factory was purchased to allow increased postwar production of decorated wares, primarily for export. The bottle ovens there were replaced by tunnel ovens. In 1945 the company was one of those permitted to recommence manufacture of 'fancies' for the home market. To celebrate the 80th anniversary of the founding of the firm, woven china baskets had been introduced. These constituted an important export ware and were marketed under the slogan "A May basket for every bride."
http://www.thepotteries.org/allpotters/322_crown.htm