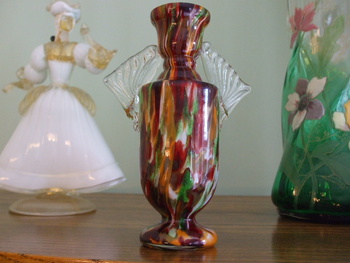 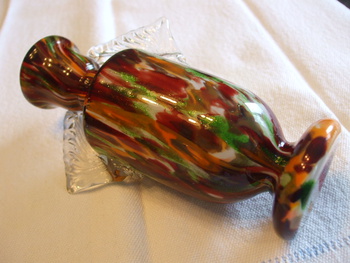 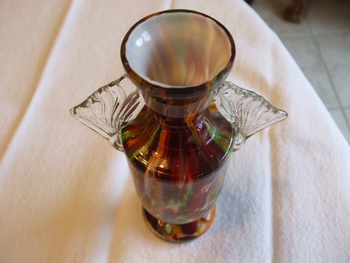 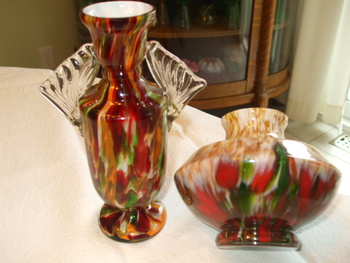 Found this beautiful WELZ Winged Spatter Vase while visiting our local Antique Stores this weekend so I added it to my slowly building Czech Glass collection. I recently had listed a Welz vase that was definitely identified as a Welz import piece because of a ROYAL ARTGLASS sticker on a similar one owned by CW member antiquerose that was documented as being a N. American import label used by Welz circa 1920-30's. Other than for the clear glass wings, the treatment on this vase is very similar to the one identified as Welz (see photo 4). The under-base is also identical to the shorter vase. It measures 6 3/4" tall and has an inner layer of white glass, a multi-colored spatter and aventurine middle layer and the clear outer layer. I have added the original WELZ documented vase in photo#4 for comparison. Comments welcomed! RER(BOB)