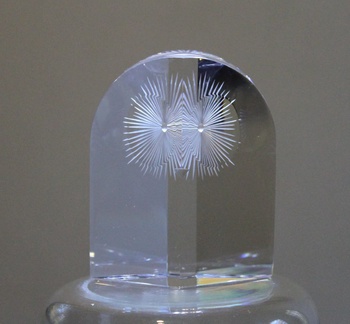 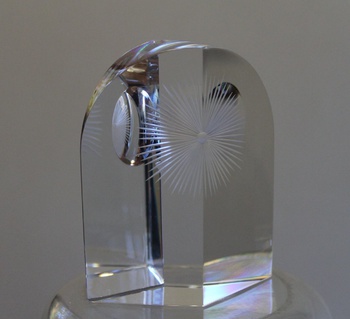 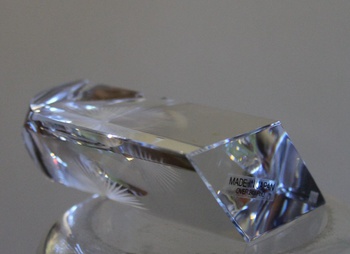 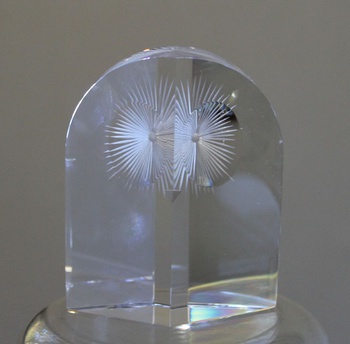 This crystal owl from Hoya Japan is a wonderful piece of design.

It didn't photograph well but you can probably see it has been made in a rhomboid shape cut into a domed top.
On two sides of the rhomboid (the front) two circular lens have been cut for the eyes, and a little triangle has been cut out for the beak.
On the back a star pattern has been cut, so that when you look at the eyes from the front the star refracts through them and the eyes have pupils and feathers around them.

Acid etched Hoya on the base, and there is also a sticker "Made in Japan Over 24% PbO"