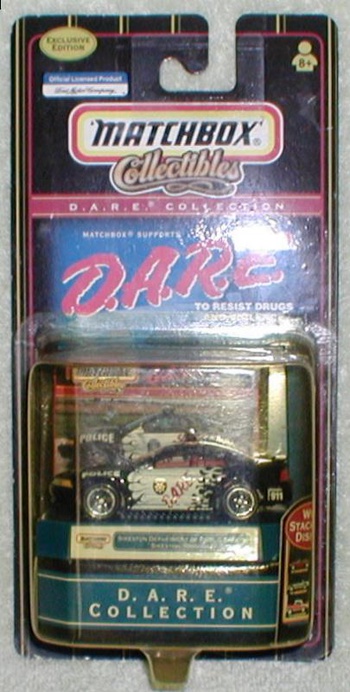 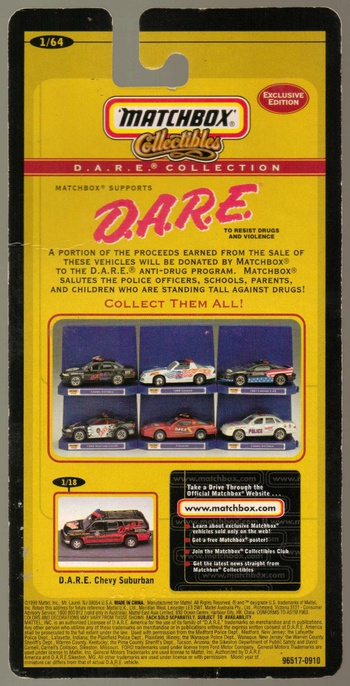 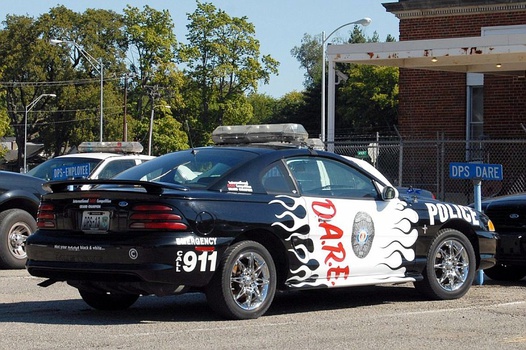 - 1999 Matchbox Collectibles D.A.R.E. Mustang Police Car
- Made by Mattel, Inc. / Product# 96517 / Exclusive Edition / 1:64 scale
- The diecast metal car is detailed with the actual graphics as used on a Sikeston, Missouri Police Department vehicle. - NEW in blister package
** D.A.R.E was an educational program (Drug Abuse Resistance Education) founded in 1983 which sought to prevent the use of controlled drugs, membership in gangs, and violent behavior. Students who enter the program sign a pledge not to use drugs or join gangs and are taught by local police officers about the dangers of drug use in an interactive in-school curriculum which lasts ten weeks. The program was deemed a failure based on scientific research evidence in 1998 indicating that the police officers were unsuccessful in preventing the increased awareness and curiosity from being translated into illegal use. The evidence suggested that, by exposing young impressionable children to drugs, the program was, in fact, encouraging and nurturing drug use. (third photo is the actual Sikeston, Missouri police car)