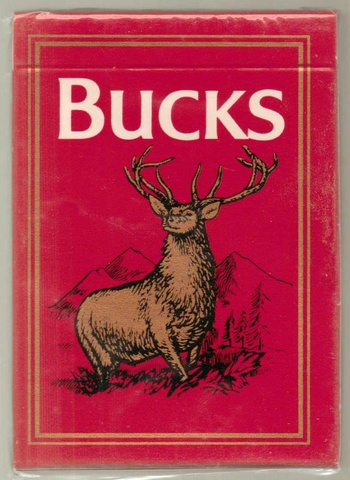 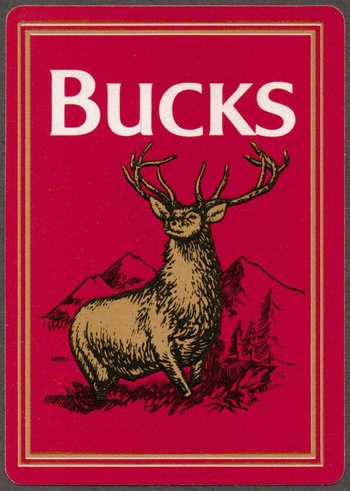 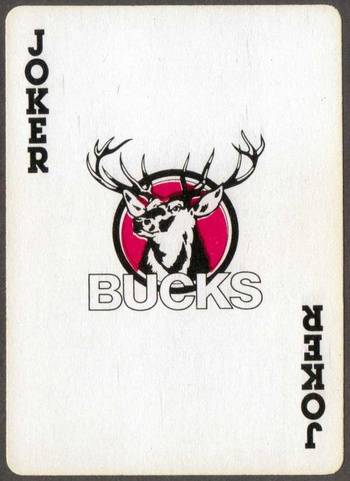 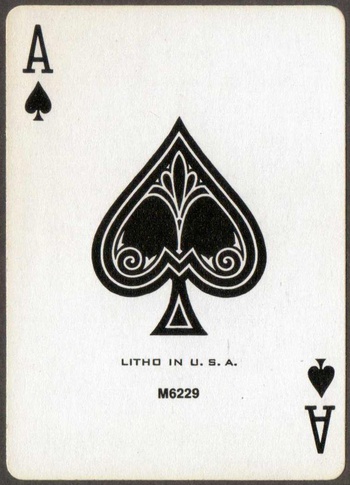 - "Bucks" Standard Playing Cards - "Bucks" is a brand of cigarettes first introduced and marketed in 1990 made by the Philip Morris Company.
Believe these were made by the U.S. Playing Card Company when it was in a transitional ownership period (the company would be acquired several times in its history: starting with Diamond International in 1969, Jessup & Lamont in 1982, Frontenac in 1989, and then a return to self-ownership in 1994 before finally becoming a subsidiary of Jarden in 2004). The date code on the Ace of Spades is #M6229 but there is no company name noted. These cards were made in 1990. -- There are four Jokers in the deck. - Have one unopened deck still in cellophane packaging and one full deck slightly used.