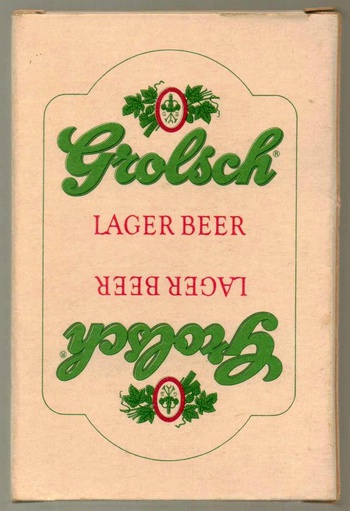 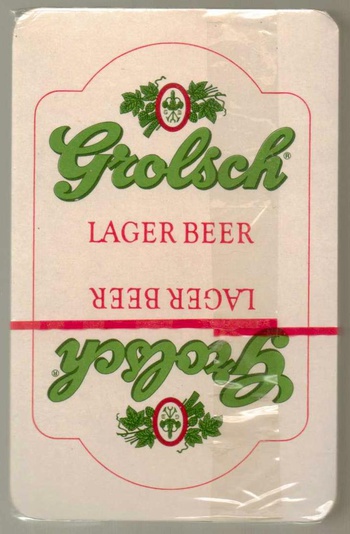 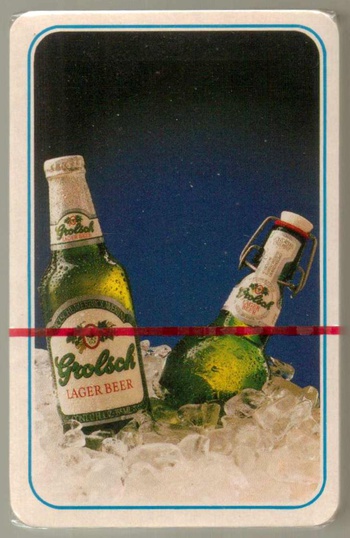 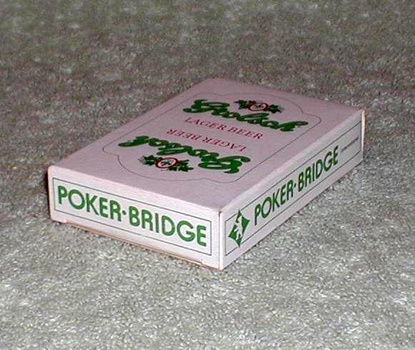 - Deck of "Grolsch Lager Beer" Poker / Bridge Playing Cards
- Made by Carta Mundi, Turnhout, Belgium - circa late 1980's
- Deck is still sealed in its original cellophane wrap inside outer box
** Grolsch Brewery is a Dutch brewery founded in 1615 by Willem Neerfeldt in Groenlo. In 1895 the de Groen family bought the brewery. They had started their own brewery in Cuijk the Netherlands in early 1800. It held a significant stake until November 2007. It is located today in Enschede and has been a part of the SABMiller group since March 2008.