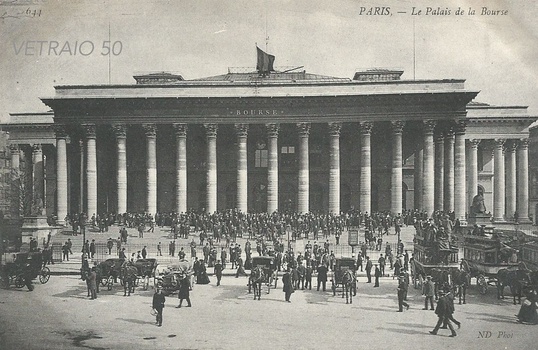 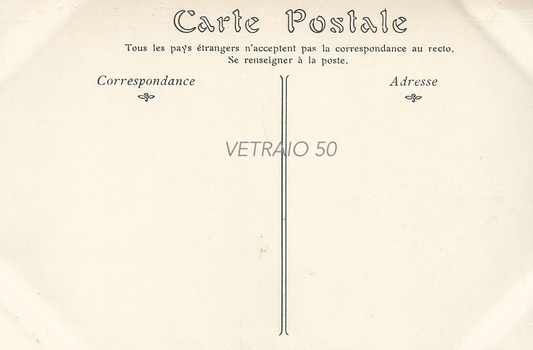 When Septimus and Clara Miller visited Paris they collected this postcard of the Paris Stock Exchange aka “Le Palais de la Bourse”or “Le Palais Brongniart”. But check out the number of people in the photo! It really does show the very busy side of “Business”. The building is in the centre of Paris in the 2e arrondissement – an area called “Le quartier Vivienne”.

“Le Palais Brongniart” in the Vivienne was the Wall Street of Paris until the April 6 1998. From then on the Paris Stock Exchange became known as Euronext Paris.

The site was formerly the convent of the Filles-Saint-Thomas, a vast area that stretched from rue Saint-Augustin to rue Feydeau. During the French Revolution the area had been a meeting place for royalist supporters. The nuns had been heavily involved in the 'Insurrection Royaliste du 13 vendémiaire an IV', an attempted coup d’état that took place on October 5 1795. Their lands were confiscated.

In 1808 Alexandre Théodore Brongniart was chosen by Napoléon I to create for him a "Palais impérial de la Bourse". It was meant to show to the world the financial power of Imperial France. Brongniart was already well known for his work in designing the Cimetière du Père Lachaise in 1803. Unfortunately the project was not completed until November 4 1825. Brogniart had died in 1813 and the project had to be completed by Eloi Labarre.

It is a huge rectangular structure (69m by 41m) with a Corinthian peristyle based on Palace of Vespasian in Rome.

In 1851-1852 four allegorical were placed at the front and rear entrances: le Commerce & la Justice by Dumont and Duret at the main entrance, l'Agriculture & l'Industrie by Seurre et Pradier to the rear of the building.

It has the Imperial ‘look’ that Bonaparte was trying to achieve.

These days the building is used as a function centre.