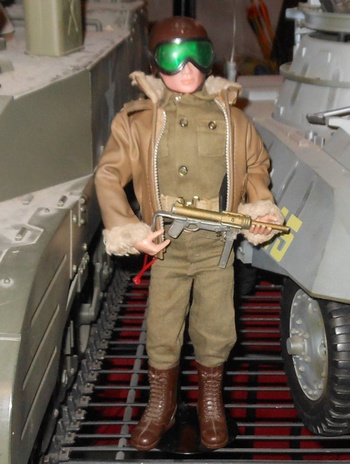 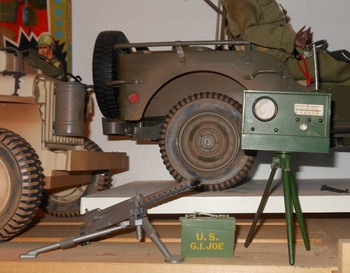 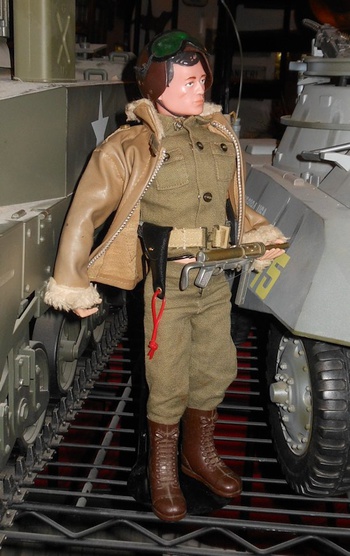 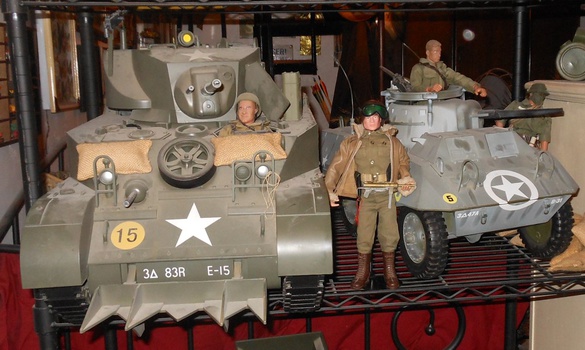 This was released as an Action Marine set but as I don't have any vehicles for the marines I made him army.
This set did not come with a figure but with many unique accessories. I could have sworn it came with the grease gun but that could have been the UK Action Man version. Anyway mine has one. It did come with the jacket, helmet, pistol, belt, and holster. Also the radio on the tripod, macine gun with tripod and ammo box as seen in the second picture.
Back in the 60s the only vehicle for the tank commander would be the 5 Star Jeep (coming up eventually) or blow molded armored car by Irwin. The armored car was rather cheesy.
About 2000 the tank commander finally got some worthy vehicles.