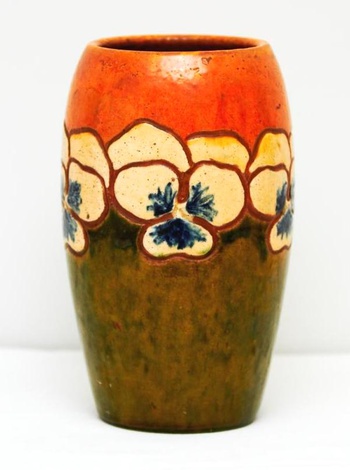 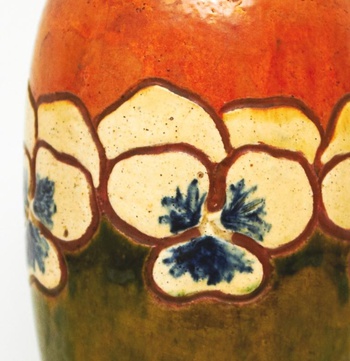 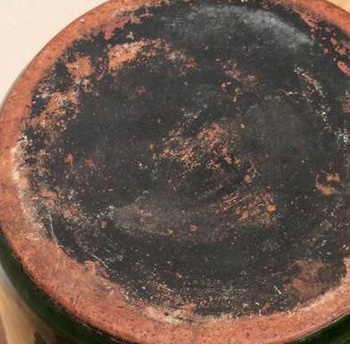 Green and orange/ochre vase decorated with an almost stylised band of pansies. Unfortunately, the vase bears no marks at all, so I can't say where it's from and when it was made, although it certainly dates to the early 20th century. I have seen another one (different shape and colours, but the same type of decoration) on a local auction so I'm fairly sure it's Danish. But be that as it may - it's very decorative, I think!