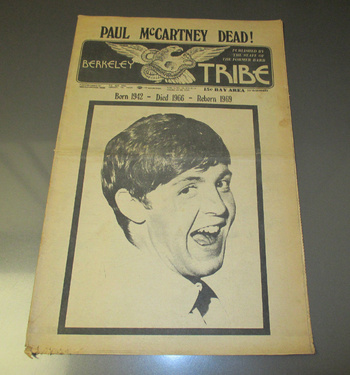 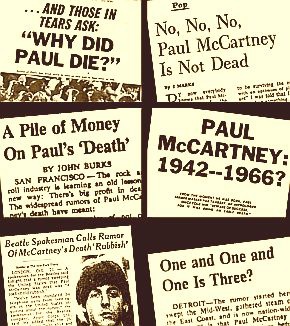 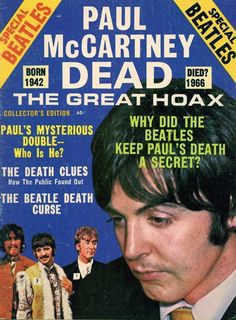 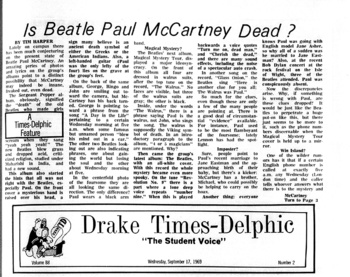 A copy of the underground newspaper "Berkeley Tribe" from October 24-30, 1969. This California newspaper has a front page story of the supposed death of Paul McCartney. At the time,this story was front page news around the world. Paul was supposed to have died on November 9, 1966 in a car crash. The winner of a McCartney look -a-like contest named
William Campbell was hired by The Beatles to take Paul's place...it was all done in secret...that's why the band stopped live appearances...etc. This was a HUGE story in October of 1969.