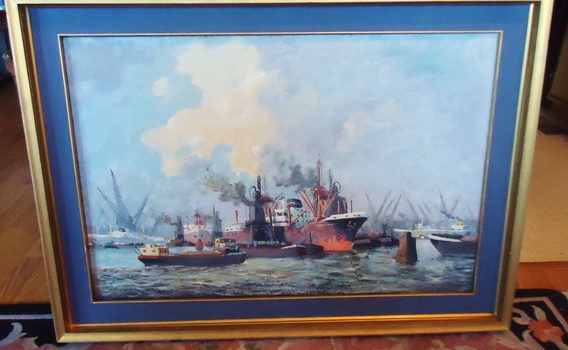 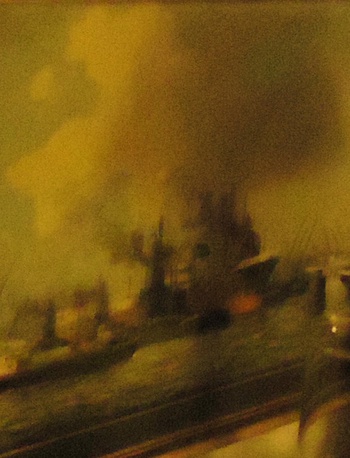 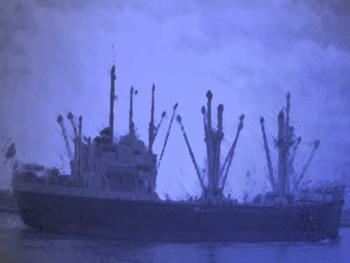 The SS Ourang Medan... The signals claimed, "All officers including captain are dead lying in chartroom and bridge. Possibly whole crew dead." This message was followed by indecipherable Morse code then, "I die." Shortly after World War II in 1948, several ships responded to SOS and Morse Code distress calls from the Dutch freighter, Ourang Medan.

Within hours of the first distress signals, the first rescue ship arrived on the scene. Upon arrival, the rescue vessel tried to hail the Ourang Medan but there was no response to their hand and whistle signals. A boarding party was sent to the ship and what they found was astonishing. All the crew and officers of the Ourang Medan were dead, their eyes open, faces looking towards the sun, arms outstretched and a look of terror on their faces. Even the ship's dog was dead, "teeth bared, with their upturned faces to the sun, staring as if in fear... When nearing the bodies in the boiler room, the rescue crew felt a chill though the temperature was near 110°F.

The decision was made to tow the ship back to port. As the ship was prepared to be towed, smoke began rolling up from the hull. The rescue crew left the ship and barely had time to cut the tow lines before the Ourang Medan exploded and sank.