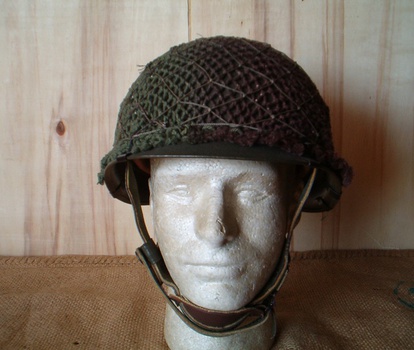 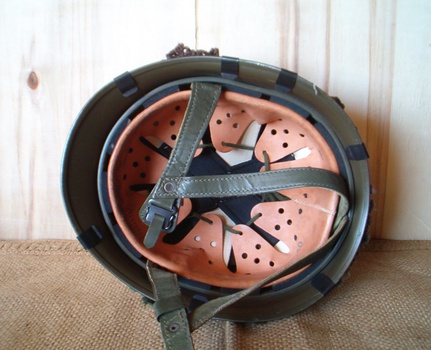 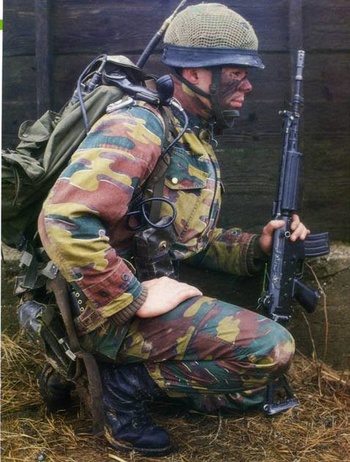 in 1961 the new helmet was adopted for the paratroopers of the "Bundeswehr" and will officially known as "Model 1A1 Luftlandetruppenstahlhem" (M1A1 LL).

For simplicity, we will refer to this as M61 helmet in relation to its year of adoption, not M71 as designated by some collectors (the designation is related to nothing official).

The "Modell 1A1 Luftlandetruppenstahlhem" helmet will be used until the 90s

the soldier is a Belgian Para Commando wearing the same type of helmet as used by the West Germans with a modified chin strap wearing the distinctive JIG SAW pattern camo uniform.