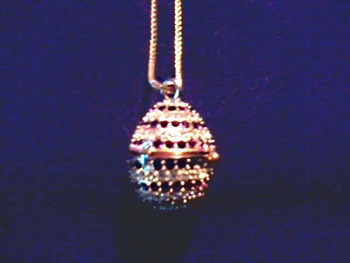 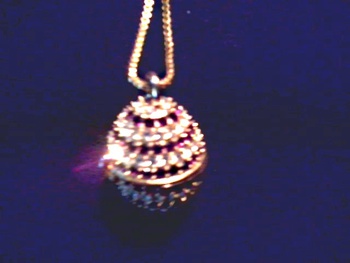 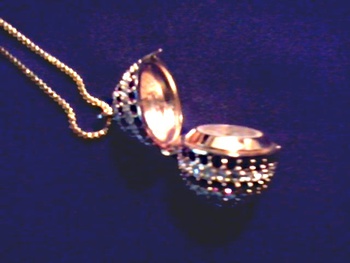 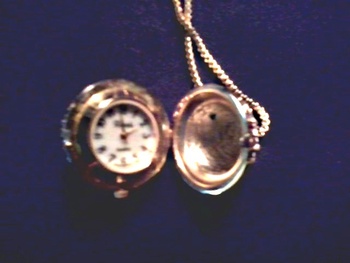 Found this really neat little egg shaped pendant at GW. It's covered in clear and red rhinestones pave' set in alternating bands. To my surprise when I asked to see it I found that it opened and contained a small quartz watch. The face is marked "Xanadu" Quartz Japan Movement on a mother of pearl like face. Not much about this company. They are jewelry and watch wholesalers based in Florida. I did find some old catalog PDF's from 2005-06 but this wasn't in any of them. They do use Swarovski crystals in some of their pieces and it is heavy and very nicely made. It isn't running at the moment. Probably needs a new battery. Not sure how to replace it. I would imagine it lifts out of the case but it seems like a pretty snug fit. I wouldn't want to mark up the case trying to remove it. It also needed a chain which I picked up from Volunteer's. It's kind of weird I found this after watching a show about the Faberge' eggs the other day. Five are still unaccounted for, so may be they're out there somewhere. This little piece is obviously inspired by those eggs. -Mike-