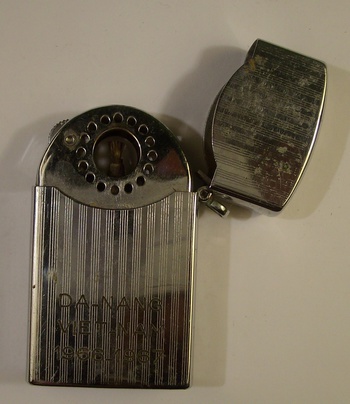 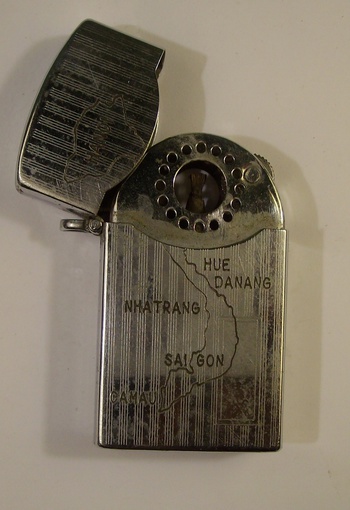 I have actually never heard of Noble lighters but that's what is says on the bottom along with "windproof" and the fact it can be used for pipes & cigarettes. This lighter belonged to a close friend who didn't make it back from the war. I was in the habit of "hanging" with kids older than myself and this was one of my very good friend's older brother who actually owned and carried this lighter with him. It's got a little ring on it that I assume was the way they kept from losing it. This friend was stationed in Da Nang and was there where he lost his life. The lighter is very special and at the same time kinda "creepy". I have a large lighter collection with many Zippos. Some of them I got with "Camel Cash" and those are all new in the original boxes. My dad smoked all the while I was growing up and I have several of his lighters also. The others I just picked up here and there but I think this lighter is the one that prompted me to start collecting others down through the years.