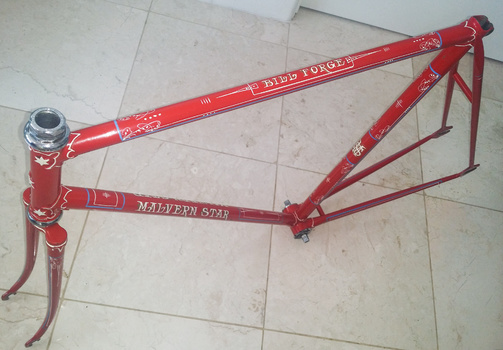 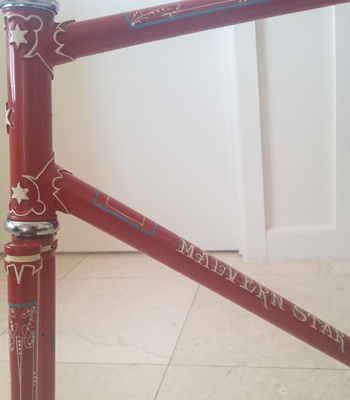 This is my father's track frame.

It has the specific design instruction to be made for flat track racing. ...as opposed to velodrome racing. Changes the frame geometry.

Bill said it was the most stable track frame he ever rode...and i guess that's why he kept it.

In 1964 at the Wangaratta ANA Carnival in Victoria my father rode this frame to win the International Grand Prix (match race) up against 5 other riders.

In 1980 the frame was brought back to life by Rupert Bates. Apparently one of the last he worked on before he died.

As far as Bill was concerned there were only 2 blokes to paint it and Tom Wallace (Brisbane) had stopped because his eyes had gone. Rupert did this one personally because of what it was and his long association with Malvern Star he wanted to " bring it back to its former glory..."

And so it was raced for its last track season and retired.