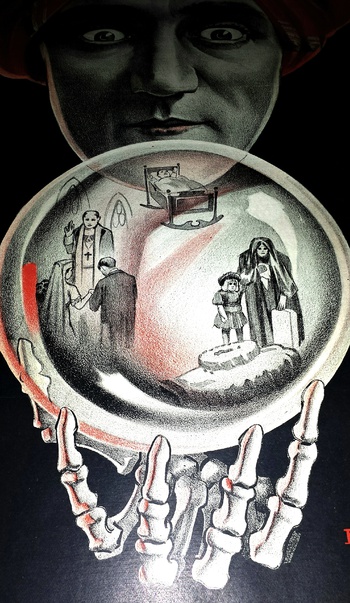 This is an original Alexander stone lithograph from my private collection of Magic posters ca. 1910 One of the more stylized elements in most of Alexander's posters is his use of Black backgrounds as shown in this poster. The use of blacks and reds create a more striking and powerful image.

Perhaps the most unique element in this particular poster is the image within his crystal ball. Images of Birth, Marriage, and Death all portray Alexander's power to see, know, and tell one's complete life span!

This is a panel sized poster measuring approximately 14" x 41" and is in EXCELLENT condition. This is one of the more scarce Alexander posters to come by.