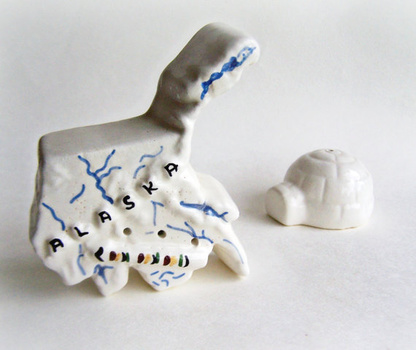 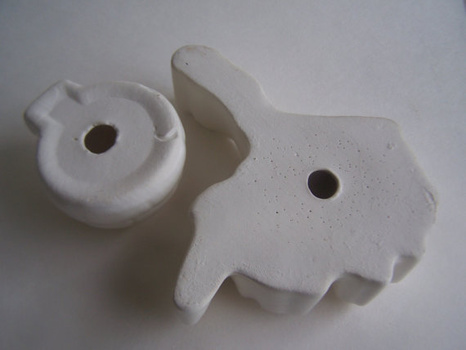 Alaska and an Igloo 1973 Parkcraft Heather House.
Excellent Condition. This is one of the bigger State Sets and rare color variant. ( no painted black igloo entrance ) Factory glaze pinning.

These sets were created beginning in the 1950s by Bob Ahrold of Burlington, Iowa for Heather House.
His first 3 states were Illinois, Iowa and Missouri because they were in his area.Mr. Ahrold sent letters to each every State House asking what item would best represent that state. The sets were then sold for $1.25, as stated on the order form. ( I have original order form )

They also sold other shakers, President & State plates, and spoons. The order form has Nixon as the current President & Kennedy Memorial Items dating it to 1973 as per date on price list .