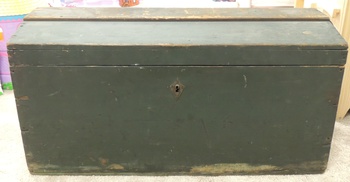 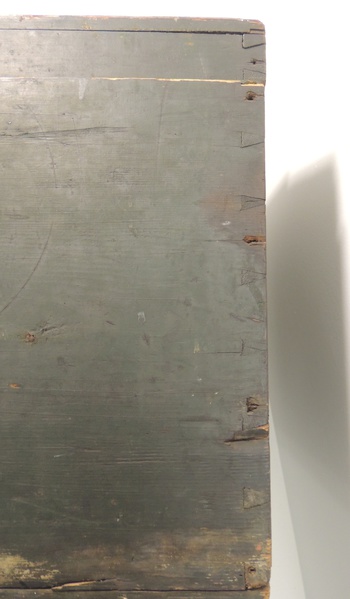 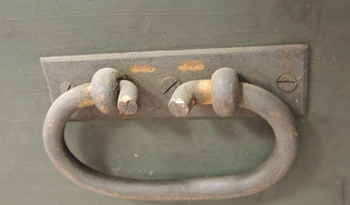 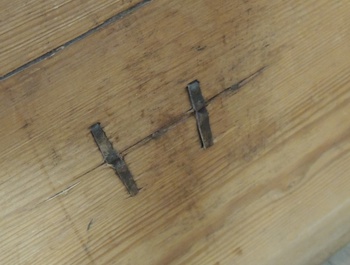 I was lucky to win this as part of a two piece lot at auction. The auction called it a "blanket chest", but based on the domed lid and the lack of feet, I am going to call it a Sea Chest. Typically, blanket chests had feet, but sea chests were more stable on a boat without them. I had a feeling it could be an early one, but it wasn't until I looked inside, that it really caught my attention. The wrought iron handles are both held in place with butterfly clasps, and the hinges are held in with large wrought nails (see next posting). I am going to show four more pics in the next post, I am hoping this is American. Thanks all!