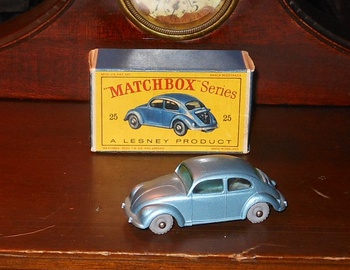 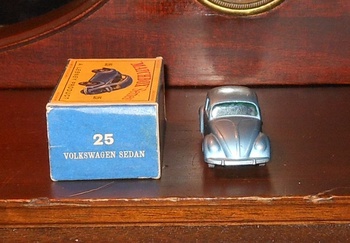 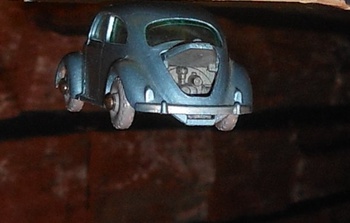 This is my first boxed Matchbox car with gray wheels. It was introduced in 1960 and was made until 1967. As the 25B it was the second #25 and replaced the Dunlop Van. Yes it is better known as the Beetle or Bug
The Box is the D style box variation 1. Aka the D1 box. The difference between the D1 box and the D2 is that the D1 had serifs on the lettering on the box end flaps. The D2 has black lettering. The D1 box was issued in the first half of 1962 which means this model is from early 1962.