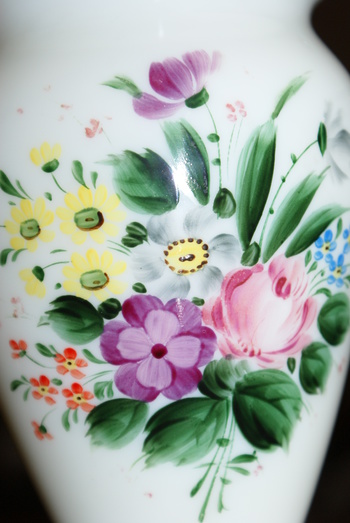 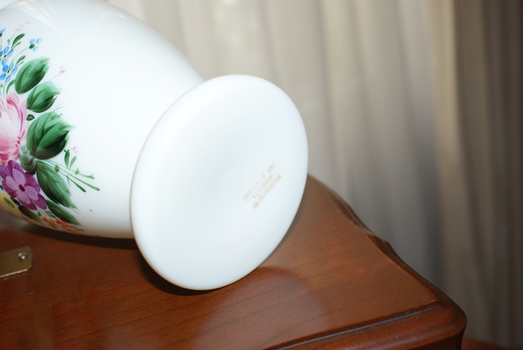 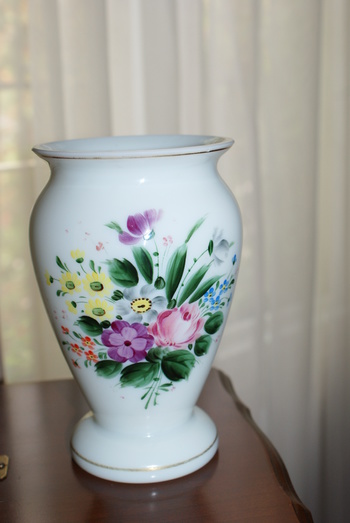 This milk glass vase has been hand painted and was most likely meant for the French speaking market of Canada. It is marked in French with what I believe to translate "Imported from Czechoslovakia". I would date the vase to the middle of the last century; possibly the 1960's? I don't think this kind was popular later than that.

The vase is in very good vintage condition with no cracks and only a miniscule chip at the rim. The chip is not visible but if you run your finger around the rim you can feel it. The gilded rim shows a bit of wear as well, but for a vase that has been loved for a few decades it's in pretty good shape.