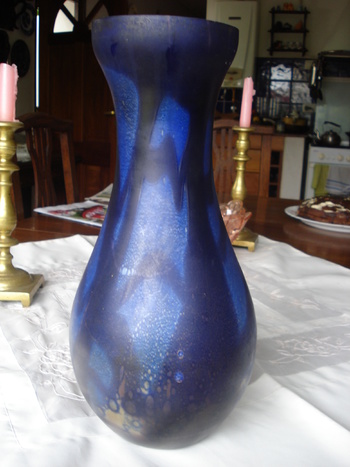 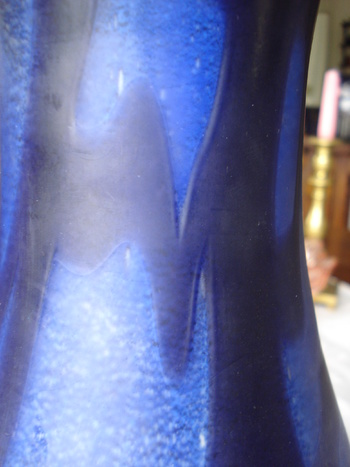 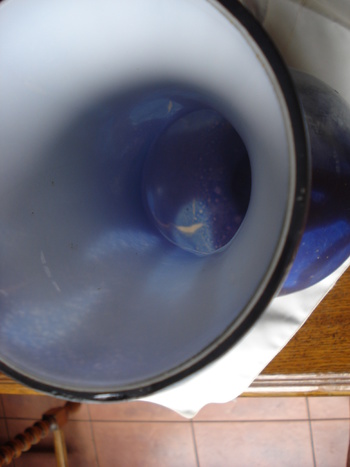 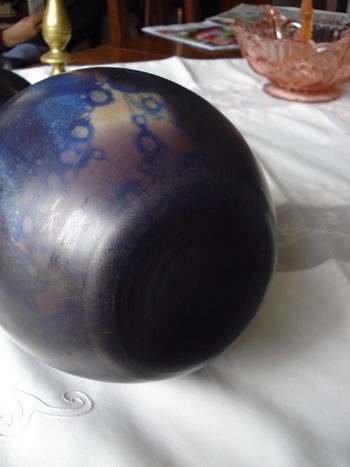 After posting two small glass vases I am posting now one of our bigger ones. The history with these vase was similar to that of the small Loetz? vase in the last post. Pablo Gigena had it since 2007, it costed always since then $ 800, thus they wer about 150 U$ and then less. As I told he is closing one of his shops and is saling every thing, thus finally I got it at half the initial price in pesos in dollars much less. As every opaque glass with some art nouveau spirit and more being blue, it was anounced as French. I think it is Welz, it is more than 40 cm high and is made of three layers, the inner white (third picutre) a second transparent and blue and an overlay with a purple in stripes (second picture). I would apreciate it very much any comentary about this rare object.