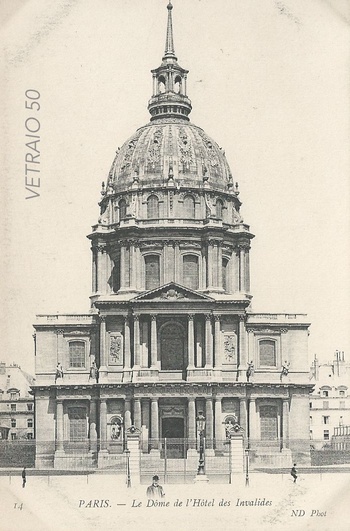 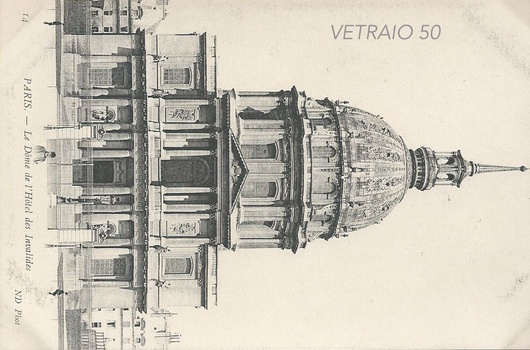 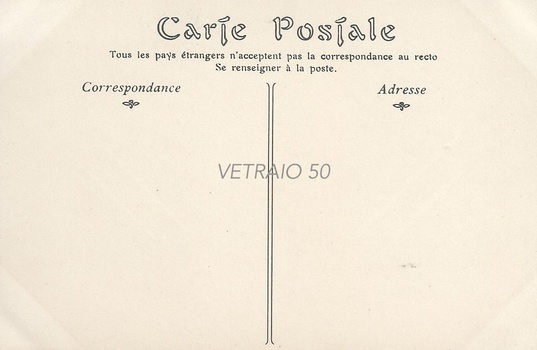 Les Invalides is a must see if you are ever in Paris! The complex of buildings is in the 7th arrondissement on the southern side of the Seine. In 1670 Louis XIV founded an institution to accommodate and care for the needs of returned service men: l'Hôtel Royal des Invalides. It was constructed between 1671 and 1676 by Libéral Truant.

A year later the Sun King ordered the construction of a royal chapel on the site. That is what most people these days recognise as Les Invalides. The chapel was meant to be for exclusive use by the royal family. It was built by the architect Jules Hardouin Mansart and was completed in 1708 by de Cotte after the death of Mansart.

The Église du Dôme was inspired by Rome's St. Peter's Basilica and is considered one of the finest examples of French Baroque architecture.

The postcard photo was taken from Place Vauban on the Avenue de Tourville on the southern side of the site.