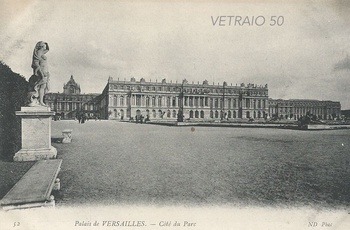 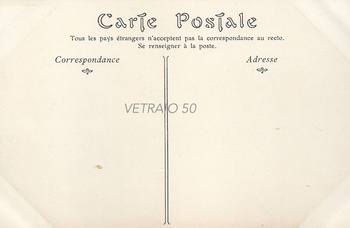 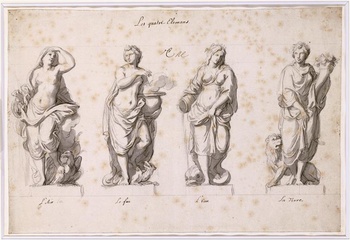 Septimus and Clara Miller visited Paris in early 1907. The palace lies just 17.1 km (10.6 mi) west-southwest from the centre of Paris. Getting there would have meant more than a train ride for them because the metro station there was not opened until 1910.

Louis XIII had been a guest of an influential parliamentarian called Jean-François de Gondi at his property there around 1610. The King enjoyed the sport and decided that he would like to build a hunting lodge there in 1622. Philibert Le Roy was employed to build a modest red brick lodge that was soon expanded when the King bought out De Gondi and built a small château between 1632 and 1634.

The château expanded later during the reign of the Sun King Louis XIV under the direction of his architect Le Vau and his landscape architect Le Nôtre to transform the castle of his father, as well as the park, in order to accommodate the court.

The plan was to move away from Paris and to establish Versailles as the centre of the Kingdom. On 6 May 1682 Louis XIV moved both the court and the government permanently to Versailles, until his death in September 1715.

This is a view of the palace from the south west; an area called the Parterre d’Eau.

You can get an idea of the size of the palace from this perspective.

I searched out this spot on google maps and to my surprise you can get a view quite similar to this one in the photo of the postcard. The two benches on either side of the statue are still there on the Terrasse de Latone!

On either side of the benches are some bins as well for the tourists who flock there and stroll around the gardens created for the Sun King and his court!

The statue on my left caught my eye and I wondered what I could find out about it. It is actually a reproduction of a statue commissioned by the King in 1674. The original statue now resides in a gallery within the palace called the "Galerie Basse" along the Rez-de-Chaussée Corps Central.

The statue is called l'Air. It dates to 1685 and was sculpted by Étienne Le Hongre (1628-1690). It is an allegorical figure of Air with an eagle the king of the skies on her left. In her right hand she has a chameleon that was thought to be an air eating animal at that time.

It is just one of a whole set of sculptures that the King wanted for his Parterre d'Eau that took twenty years to complete. This commission has a special name: La « Grande Commande » !

L'Air was one of four statues in a set called 'Les quatre elemens' designed by Charles Le Brun based on ideas from Cesare Ripa’s 'Iconologia'.

The design by Le Brun is in the third photo.

There were also another twenty four statues created as part of this great art commission. But the idea took too long to complete, so the statues were initially placed around the gardens. Copies were then made and the originals are now housed within the Palace.