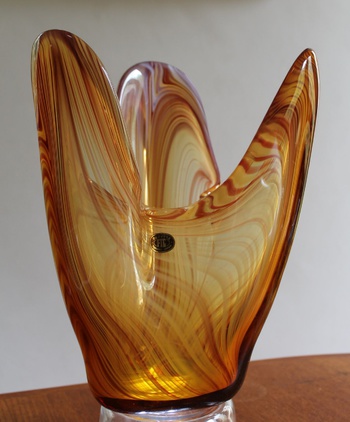 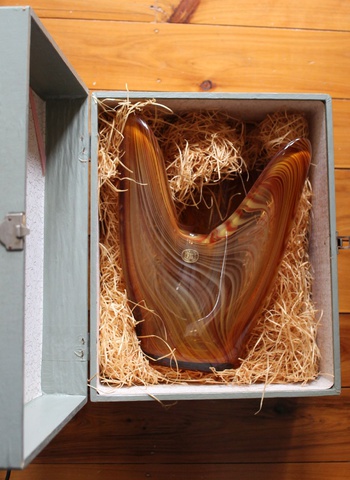 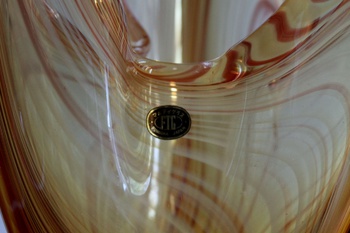 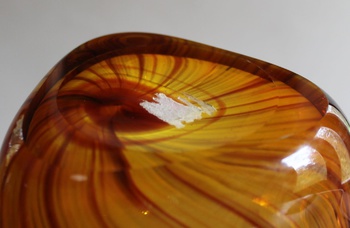 This 1950s vase has been made by FTG or Fukuoka Glass Japan.
FTG, Fukuoka, later became Marti Glass and are now known as Multi Glass.

It's a very large vase at 30cm (12in) high and has been made from a mix of brown and amber and clear glass. This tri-lobate shape was very popular in Japan in the 50s and 60s and most glass houses had a go at it.

But you know the most awesome thing about this vase is the co-box it came in!
The box is made from plywood, covered in a grey fabric and with metal hinges and clasp.
It is VERY big....34cm (13.5in) long, 24cm (9.5in) wide, and 26cm (10in) deep.
When I opened the cardboard box from the post and saw the co-box I had to laugh!