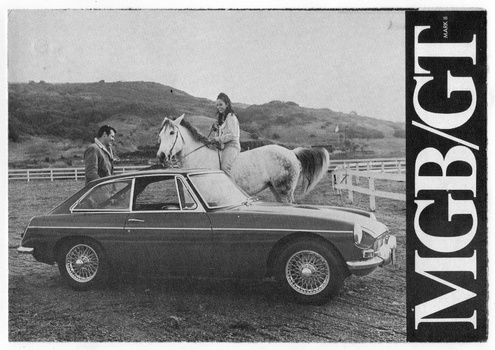 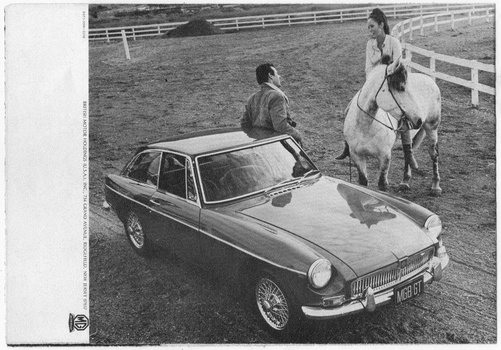 This is a sales brochure for the 1968 MGB GT Mark II sports car model produced in England but for the American market - 4 pages black & white
- British Motor Holdings (U.S.A.), Inc., Ridgefield, New Jersey
- The MGB was launched in 1962 and the MGB GT fixed-roof launched in late 1965. - The Mark II model was first released in 1968 in America.