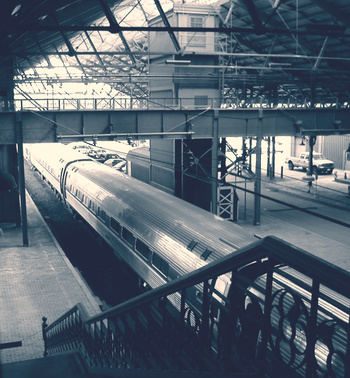 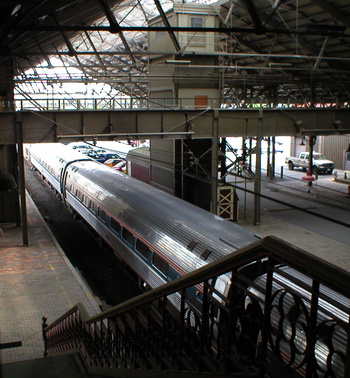 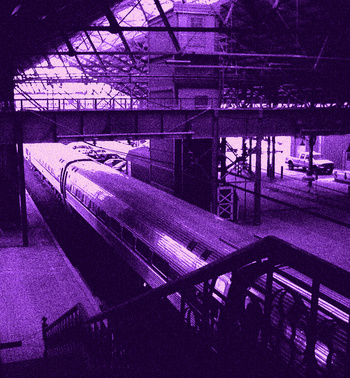 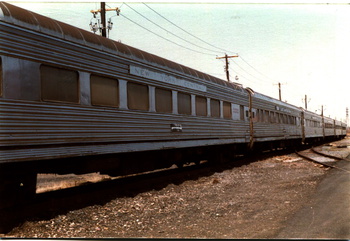 The first three are variations of the same image. A little photo editing is always fun! The scene is of a westward bound Amtrak train at the Harrisburg, PA Station. Originally built by The Pennsylvania Railroad, this station, now owned by Amtrak has been restored to its former glory.

The last photo shows some ex-New York Central coaches awaiting a date with the scrapper. The white line through the number indicates this. This photo was most likely taken wayback in the late 70s or early 80s at the Wilkes-Barre, PA yards, which were formally owned by the Lehigh Valley RR. How great it would have been to Shuffle off to Buffalo from here!