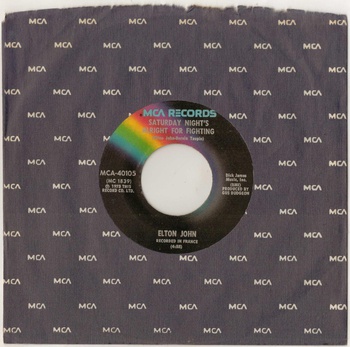 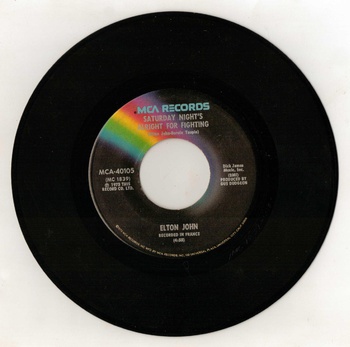 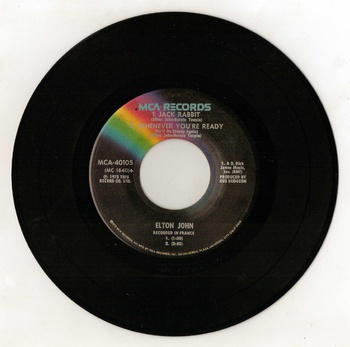 This is a 45rpm in its original sleeve released in 1973 by MCA Records of Elton John / (1973) - MCA Records #MCA-40105 - Recorded in France
- Side A - "Saturday Nights All Right For Fighting"
- Side B - "Jack Rabbit" & "Whenever You're Ready"
*** Sir Elton Hercules John (born Reginald Kenneth Dwight 1947) is an English singer-songwriter, composer, pianist, record producer, and occasional actor. In his five-decade career John has sold more than 300 million records, making him one of the best-selling music artists in the world. He has more than fifty Top 40 hits and was inducted into the Rock and Roll Hall of Fame in 1994.