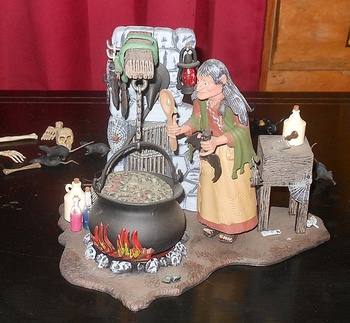 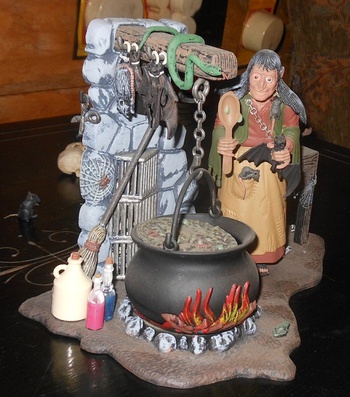 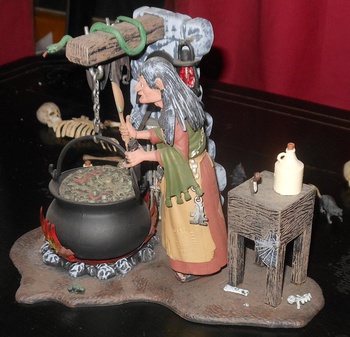 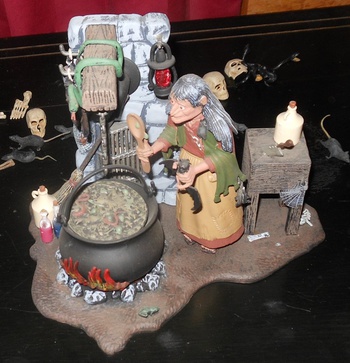 This model was first released by Aurora in 1965. In the late 90s Polar Lights recast the model from the original pats.
The earlier Aurora monsters were all in 1/8th scale not counting Godzilla and King Kong) and this and later kits were done in a smaller scale. This one I think is 1/12th scale. In the 70s they started making models in 1/13th scale and hopefully we will get to those.
In the meantime this kit has tons of detail. Took a lot longer to paint than the other models.