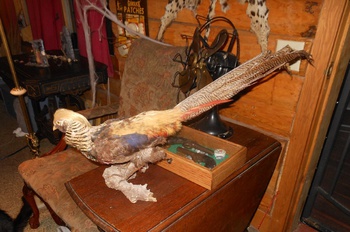 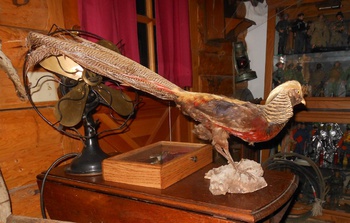 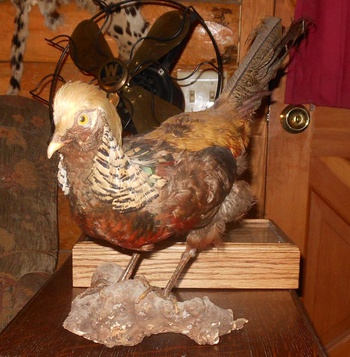 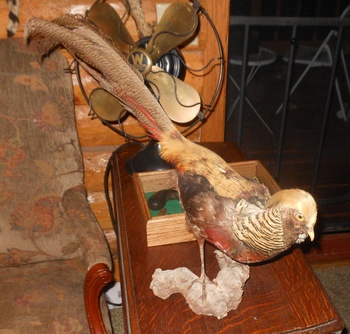 I believe this is a Golden Pheasant which is native to china. But it has been imported to other countries such as England. Not quite as large as the more common pheasant. It is 28" from beak to end of tail feathers but the body is the size of a rather small chicken.