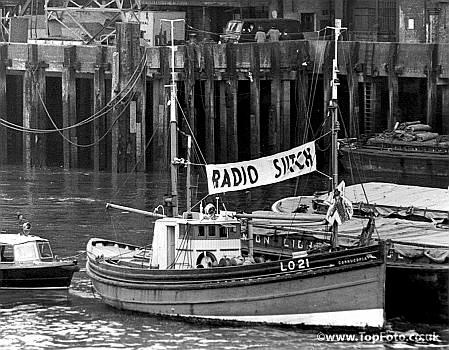 ORIGINAL PHOTO OF THE CORNUCOPIA.
This was the boat used for all the publicity shots that appeared in the British Press in 1964.
The start of Pirate Radio Station - RADIO SUTCH - You can see Disc Jockey COLIN DALE'S Thames Van parked at top of picture.
Picture taken in May 1964.
The start of it all ! Then the Pirate Station ( Radio Sutch ) equipment was taken out to the Gun-Towers, Thames Estuary, England, were broadcasting began ..