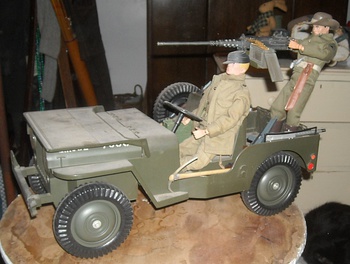 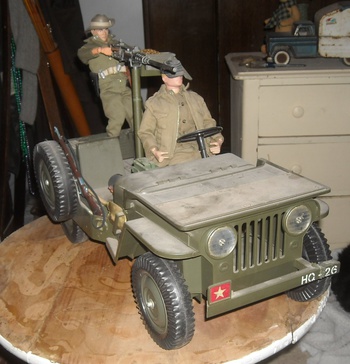 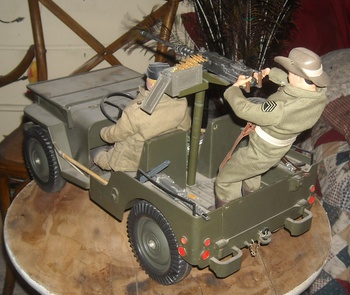 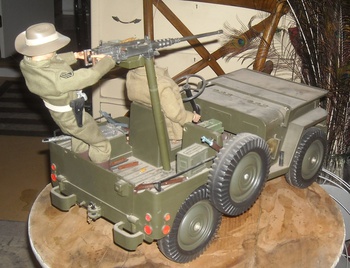 This is the unofficial post for this jeep as I modified it a bit. Later on I will do a proper post for it with the original equipment. It was sold from around 1964 until sometime in the 1970s with variations.
The main thing is the 1990s Cotswold resin .05 cal machine gun sold in the early/mid 1990s. Back then many people were working with resin to make this and that.
Not sure about the driver but manning the machine gun is the Timeless Austrailian Jungle Fighter Hasbro reissue from the early mid 90s. Although he is wearing a US Army uniform. Once again the accessories are a bit of this ad that.