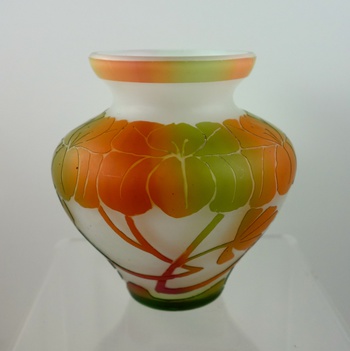 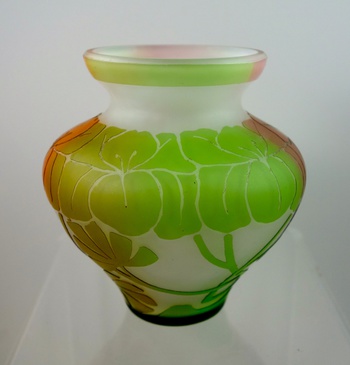 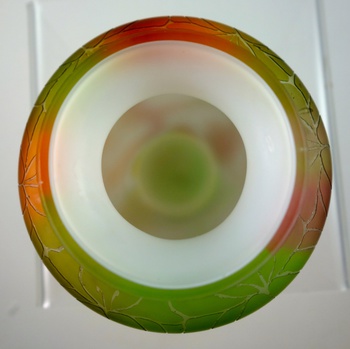 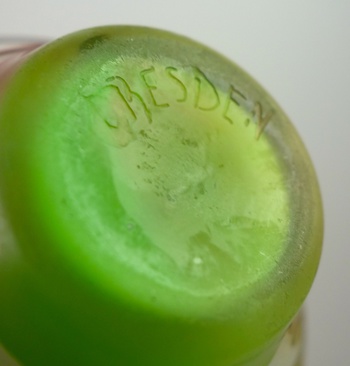 This beautiful little cameo vase was another part of my epic trade with my friend Brian (thank you, sir). There is a thin white layer underneath a fairly thick layer of crystal, which is overlaid in the rainbow of colors you see here. The design is cut back with acid, leaving a great multi-colored floral design on a white background. Engraved mark "DRESDEN" on the bottom.

Information on the firm Beckmann & Weis is somewhat limited. The Glasmarken-Lexikon gives the dates of operation as 1910-1920, however I found evidence that the glass works was in operation as early as 1907. At least one source indicated that this type of cameo was executed for the firm by Josef Riedel in Polaun. According to The Legend of Bohemian Glass, by Antonin Langhamer, Adolf Beckert was the design director at Beckmann & Weis for a short time after his time at Loetz in Klostermühle (1909-1911).

For further examples and a postcard showing the works in 1907, as well as an advert from 1908, see my pinterest board here: