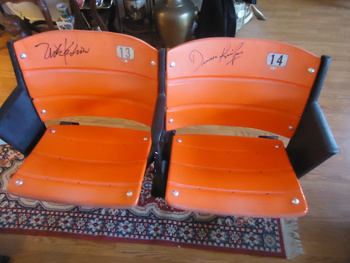 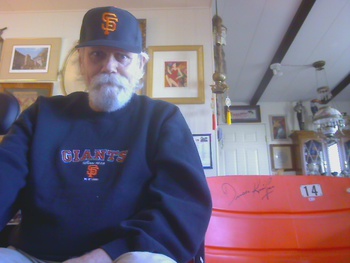 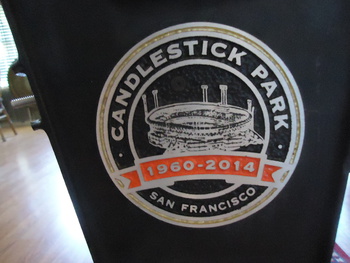 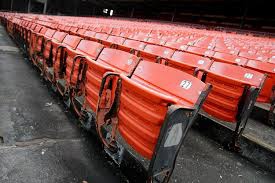 Hello, Candlestick Park closed for good! Beatles did last show ever there and Paul returned and did show just before it closed, many rock stars there and Giants, in 1960 we mover to Castro Valley and took bus there to watch Mays, Marichal, etc. some chairs were red as S. F. 49ers played until last yr. Joe Montana won Super bowls from there. Now I have two chairs from there! Opened in late 1950's closed 2014. Giants 3 World series in 5 years. Chicago Cubs! haha bad bad bad! for ARose!!!