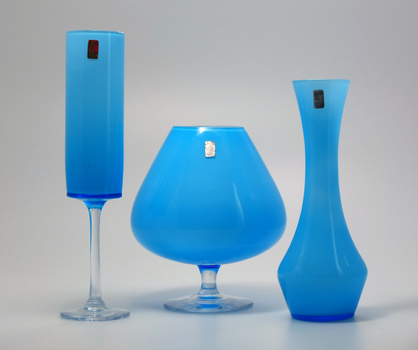 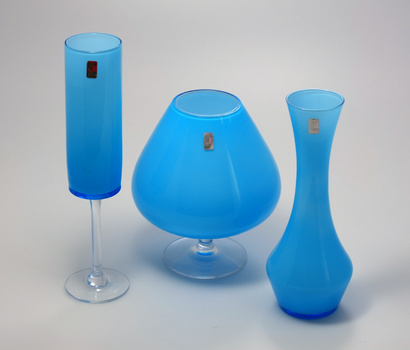 25, 17 and 21 cm high. A white opaque color cased in a blue crystal. The twoo first on leg and foot in clear crystal. Christer Jarenskog was designer for Ryd in a period. But I don't think he is designer for these vases.

Ryd was in operation 1918 - 1971 and 1972 - 1985. It's a quite unknown glassworks in the south part of Kingdom of Glass. I contacted a person who worked many years at Ryds Glassworks and he said that the production of various models often was ordered by department store chains, and then they sent drawings of how the glass would look like. Therefore, it is often difficult to say who designed the glass from Ryd.