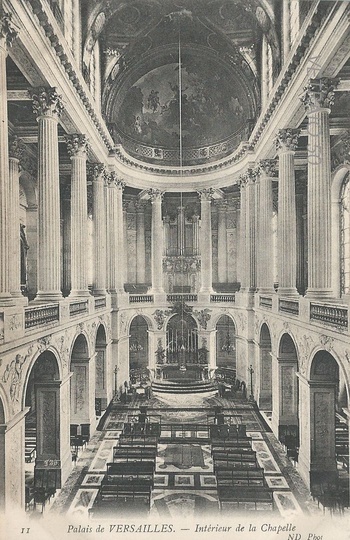 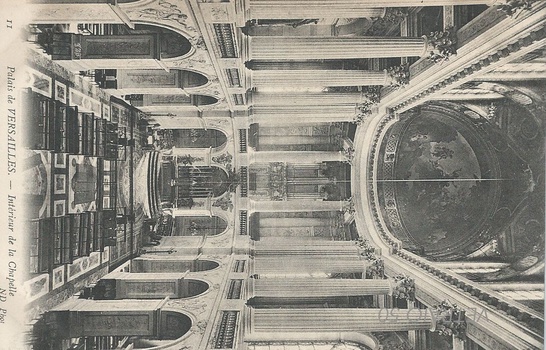 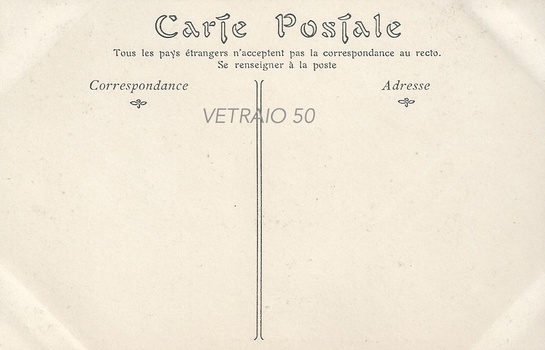 The palace chapel is situated at the corner where the the North Wing meets the King’s Apartments. The final 'look' of the chapel came after a series of upgrades completed in 1710. Hardouin-Mansart, the architect died three years beforehand and work was completed by Robert de Cotte.

The card has a view of the chapel from a position on the first floor called the ‘tribune royale’, where the king and members of the royal family heard mass each day around 10 a.m.. To their right and left at either side were the female members of the court. Down below were the ‘officiers’ and the general public. After mass it was 'down to business',

Effectively France was governed from this area during the period called the ‘Ancien Régime’.

But it was also a chapel. Marie Antoinette and the future Louis XVI were married there on May 16, 1770.

The space was meant to emphasize the relationship between the Monarchy and the Church.

You can really get a feel for the place by using the link below – check out what what the French can do with ‘virtual visits’!