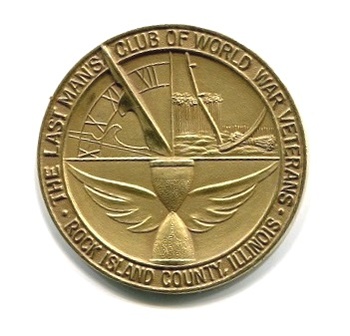 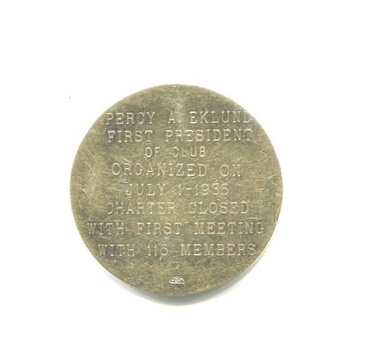 Now that we are in the centennial of the First World War it is time to bring out my favorite WWI veterans medal.
Illustrated here is a gold medal from the Rock Island County, Illinois, Last Man’s Club. Last Man’s Clubs were popular with WWI veterans. They met every year, held a memorial service for the members who died during the past year and preserved a bottle of cognac which was to be opened for a final toast to all the men by the last man or men during the club’s final meeting. The Rock Island Club was organized in 1935 and held their 48th and last meeting in 1983 when the four surviving members disposed of the cognac and donated the club assets to the Rock County Historical Society. Last Man’s Club medals are rare and very hard to find. To find one in gold is a rare treat.
This medal is 38.5mm in diameter, struck in 18k gold and weighs 27.93 grams and has a plain edge. The obverse has a time related design with a winged hour glass on the bottom. A partial sun dial face at the upper left and a partially harvested crop at the upper right representing the attrition of time. The legend is “THE LAST MAN’S CLUB OF WORLD WAR VETERANS ROCK ISLAND COUNTY, ILLINOIS.”
The reverse has an eight line inscription “PERCY A. EKLUND FIRST PRESIDENT OF CLUB ORGANIZED ON JULY 1, 1935. CHARTER CLOSED WITH FIRST MEETING WITH 116 MEMBERS.” 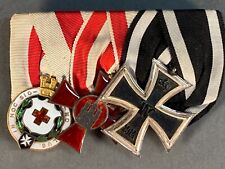 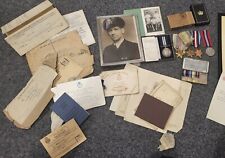