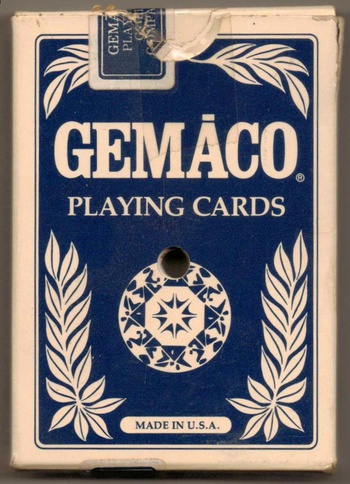 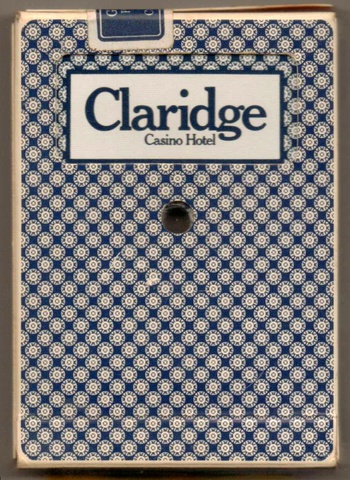 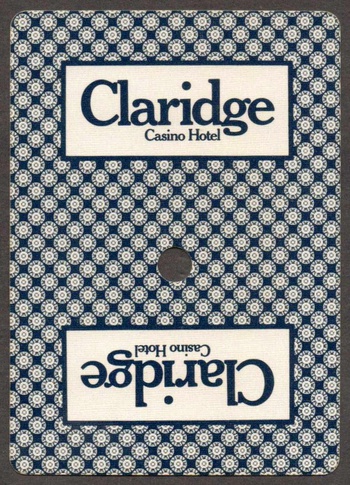 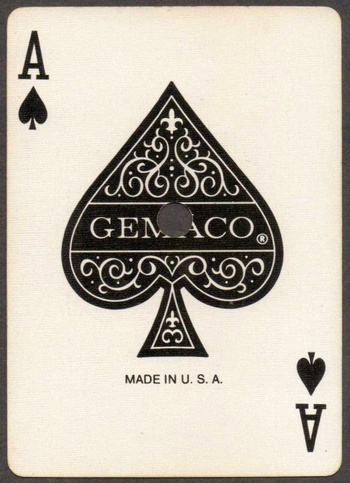 This is a deck of "Gemaco" Casino Quality Playing Cards - Blue back made by the Gemaco Playing Card Company, Independence, Missouri for the Claridge Casino Hotel in Atlantic City, NJ. / no Jokers / circa mid 1980's
These cards were casino used, then "holed" (hole drilled completely thru entire box and deck), then sold in the casino gift shop. -- tax seal broke
** Gemaco was aquired by the U.S. Playing Card Company in 2000
** These are the same type of miscut cards that were used by a card cheat (accused) to win almost $10 million at the Borgata Casino; http://regressing.deadspin.com/how-phil-ivey-beat-or-maybe-cheated-a-casino-for-mill-1562993963
** The Claridge Casino Hotel was originally a hotel opened in Atlantic City in 1930.
In 1981 the new casino opened under the name Del Webb’s Claridge Hotel and Casino (and eventually just The Claridge). In 2001, Park Place Entertainment purchased the property and a year later announced plans to merge operations with Bally's Atlantic City. As a result, the Claridge became a hotel tower for Bally's. Claridge gambling ceased in 2012 but the Claridge Hotel just reopened in May, 2014.