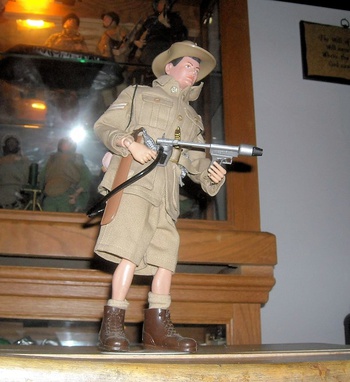 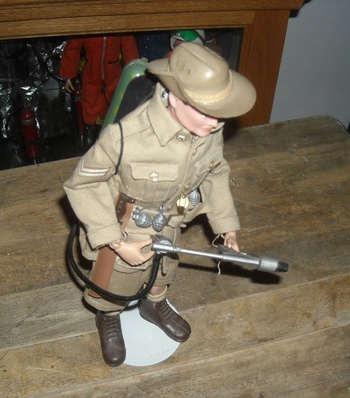 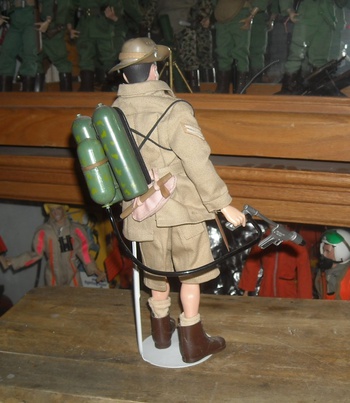 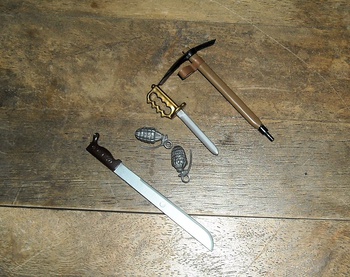 Continuing on with the GI Joe 50th anniversary series.
The Australian Jungle Fighter was fairly well armed. He came with a flame thrower, grenades, machete, and trench knife. Also he had an entrenching tool as seen in the last photo.
Of note is he is the first Joe who came with socks. The uniform was reissued in a couple later sets for the Adventures of GI Joe and the Adventure Team where they battled a small crocodile and looked for a mummy but I far prefer this version.