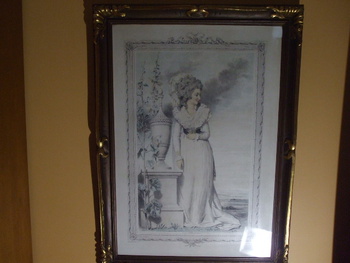 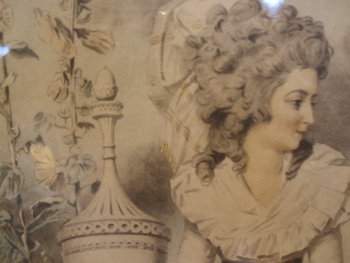 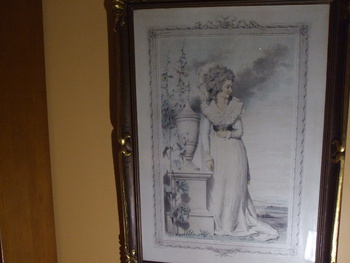 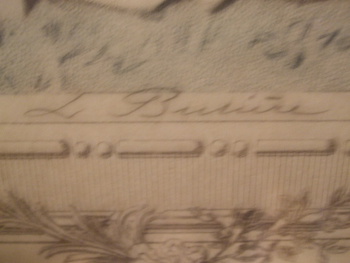 This is one a few prints that we've owned for many years, hanging in our living room. It depicts a classic lady of the late 1700's in her finest dress leaning against an urn on a pedestal. It is actually a mezzotint and the background is colored in greens and pinks. Her cheeks and lips are also highlighted in pink & red. The print is signed L.BUSSIERE for Louis Busiere, a renowned Parisian Artist who was born in 1880 and died in 1960. It also has, "London, Published by Henry Graves & Co. Pall Mall". Henry Graves was the leading Printseller & Publisher in Victorian London; he was born on the 17th of july 1806 and died on the 23rd of August 1892. His company continued long after his death. It also has information on the top border stating it was Printed by Moglia & Co. Paris. It is a large print measuring 26" by 18". RER