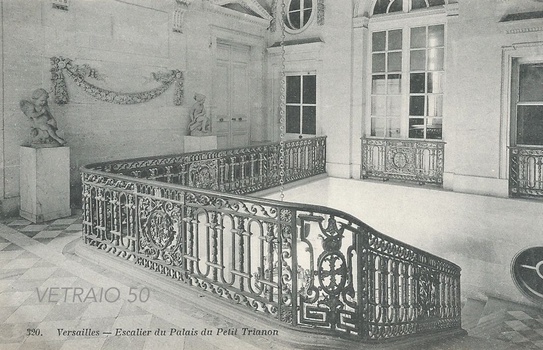 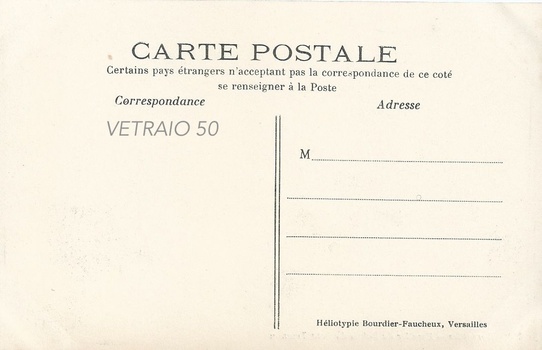 The postcard was collected by Septimus and Clara Miller while on their grand tour of 1906-7. The photograph is an interior shot taken at the top of the 'Grand Escalier' of the Petit Trianon. The main staircase is in the entrance vestibule of the chateau built for the King by Ange-Jacques Gabriel between 1763 and 1768.

The wrought iron staircase is partially gilded and is the work of the 'serruriers' Louis Gamain & François Brochois. Originally the banister bore the initials of the French King but it you look carefully at the photo you can see the modifications made by Louis XVI when he gifted the Petit Trianon to his bride: Marie Antoinette!

From this position on the first floor you can see two doors. The one on the left leads off to 'Grande salle à manger' and the smaller door to its right leads to a passage that goes past the 'Salle de bain', the 'Garde-robe à chaise' and on to the Queen's private quarters.

The decorations on the walls are the work of the sculptor Honoré Guibert who did all of the neo-classical interior wall decoration at the chateau in 1765.