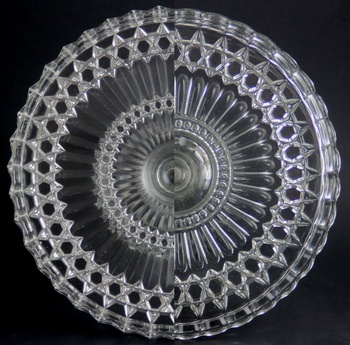 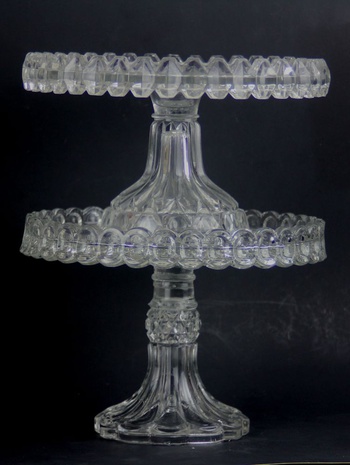 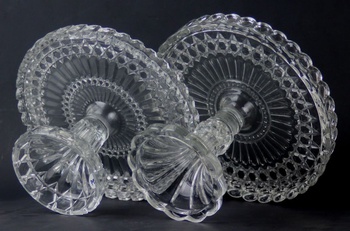 That's right; only one of these is by McKee Brothers. The other is often misidentified as a Variant of McKee's Masonic; at least in one book on EAPG cake stands. The first 2 images are cut paste to juxtapose the similarities of these patterns. The Masonic pattern is to the left or top in each image. Superior Glass was a marketing subsidiary of United States Glass for a short time. Thus the pedestal of Silicon #1900 is the same pedestal used by USG for their Manhattan pattern; so this is the 'tell'. The Masonic plateau is sometimes found on a metal pedestal as well.
OMN: Masonic and Silicon #1900
MFG: McKee Bros. and Silicon Glass Co.
YOP: 1884 and 1907