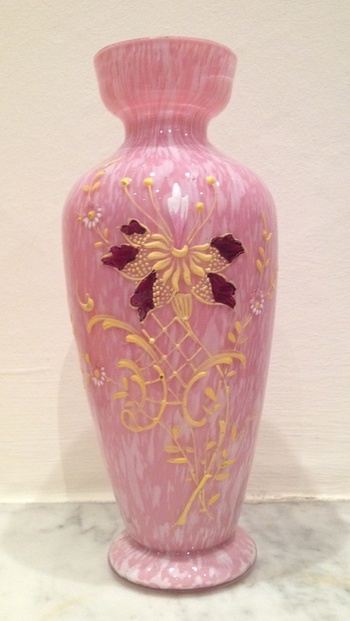 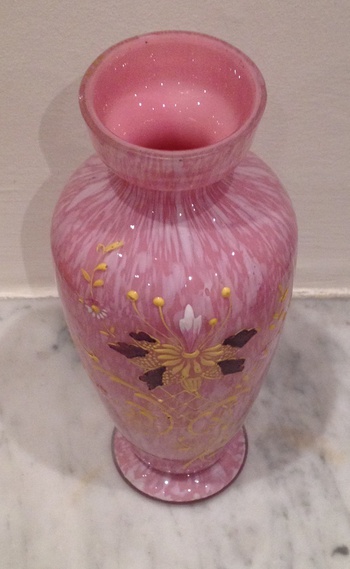 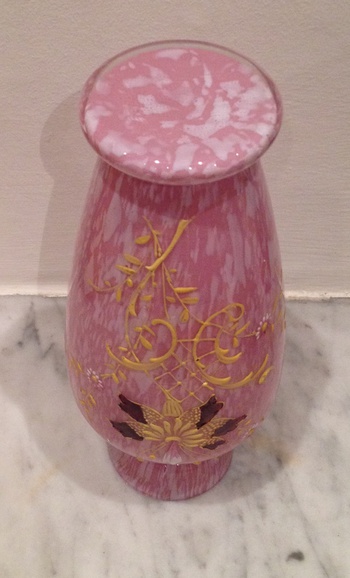 This pink mould-blown cased vase has a couple of (relatively) unusual features - pink enamel, oxblood acid staining. I won't even hazard a guess as to a maker (I know the usual suspects - Welz, Moser, Harrach - but am so often caught out - and suspect that there were lots of other houses). It has been gilded to the ground rim and there are traces still apparent on the yellow enamel of the petals, especially around the tiny yellow enamel dots.
I am going to say victorian, rather than Art Nouveau or Art Deco, but suspect that these were produced from the late 19th into the 20th centuries.
It is 18.5cm high.