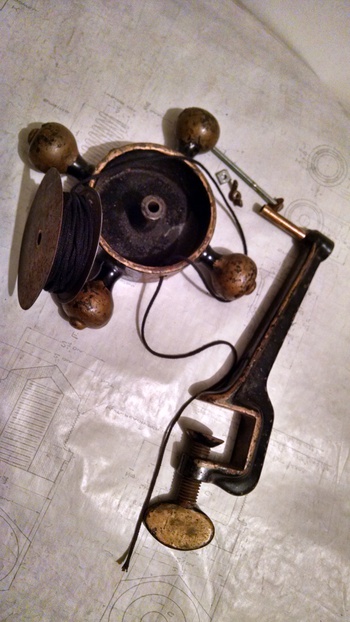 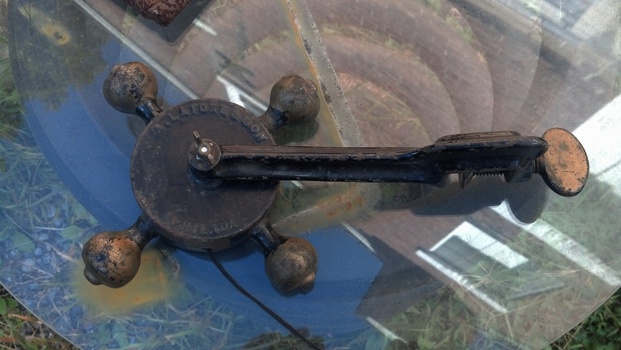 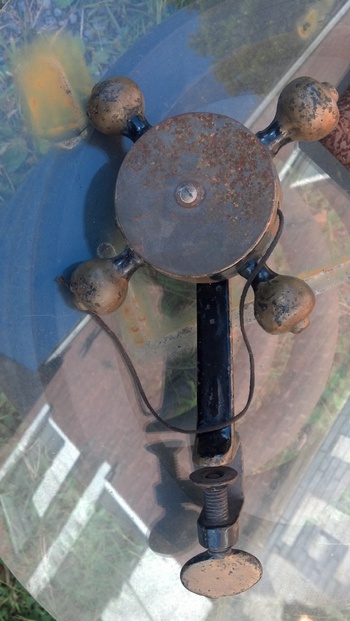 Clamps to a table Marked A.Lafore & son Phila Pa.13.5" x 7.5" cast iron sheet metal may not be original.20 years ago an 85year old man gave this to me to find out what it is. still trying