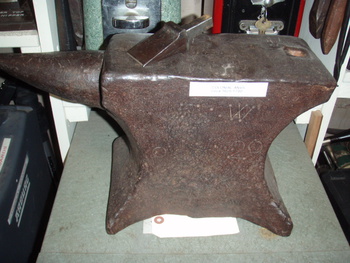 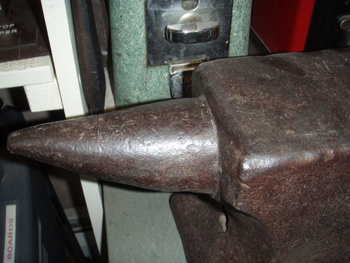 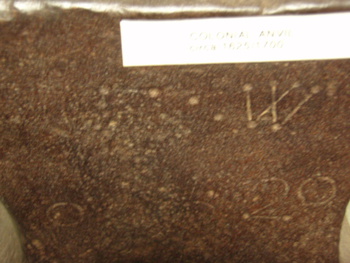 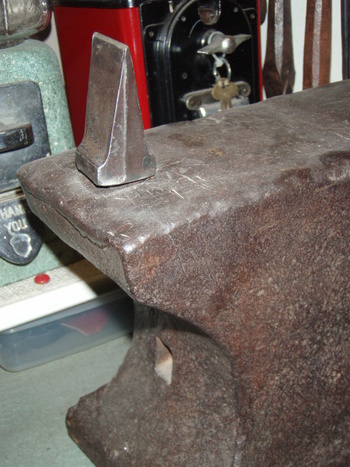 This is a colonial anvil that I purchased at a grist mill auction in Berks Co. PA. This mill is directly across the road from Hunter Forge, a documented forge that made items for General George Washington's Colonial Army. This anvil could have come from Hunter Forge, being so close to the sale site.
Our colonies were too young to have the means to mfg. anvils so they would import them from Europe in the bellies of boats (for Ballast) to sell to our colonists.
Colonial anvils were made on or before 1780. They differ from modern anvils in that they don't have a table. The table is the stepped down flat table that is located between the face of the anvil (striking surface) and the horn. In colonial anvils, the horn protrudes directly out of the body of the anvil.
I took dimensions, photo's, weight, and rubbings of the punch & chisel marks on the anvil and sent them to R. Postman. He is a noted author and historian who wrote the book "Anvils In America".
I told Mr. Postman that the anvil weighed 100 lb. He said the markings indicated the weight markings (measured in stones) showed 104 lb., and this was understandable due to rust and years of use that it would loose 4 lb. over the years. H dated the anvil in the early to mid 1600's. Imagine that, this anvil could have been here when John Smith met the Indian maid Pokahontas ..... .....hotairfan