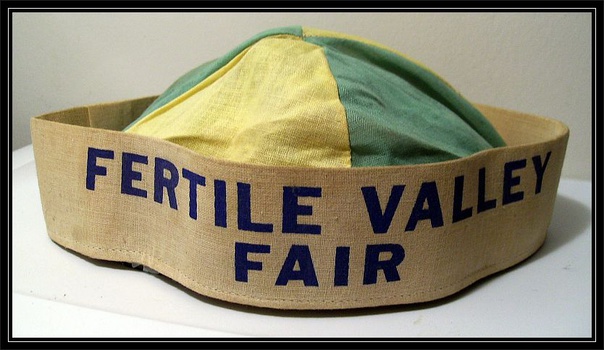 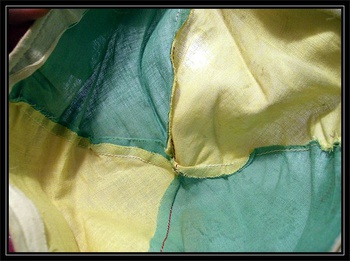 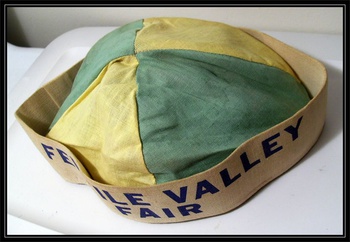 Thought I would post this for *Manikin* since I am aware that she has family roots in Saskatchewan that lived around a very small Town on Bounty. Bounty is located in the FERTILE VALLEY R.M. ( means Rural Municipality). Thus this Small town Fair was known as Fertile Valley Fair (aka Bounty Fair). The Agricultural Fair had 4H of showing Cattle, and horses. There was a Fair book where you could also enter in your Baking, sewing, knitting, wood working items, pies, flowers, crop samples to be Judged. It was your basic small town fair that would pull in the community from miles around. The town of Bounty only had about a population of about 175 people back then -- but more than 4000 people would attend the fair for the only ONE day it was on!!

This is an old Beanie Cap (hat) from back then. I think from around the 1970's era as people who were working (helping) with things, or directing traffic -- would wear these. Found this in some old things here. Guess kinda an old way of advertising too...?