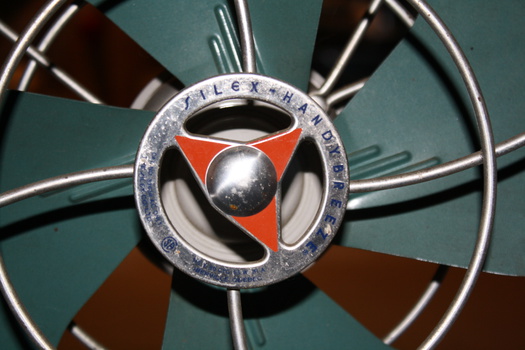 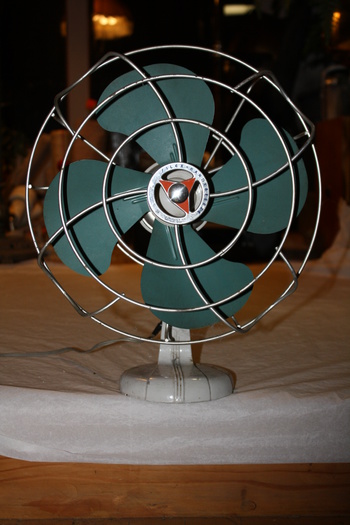 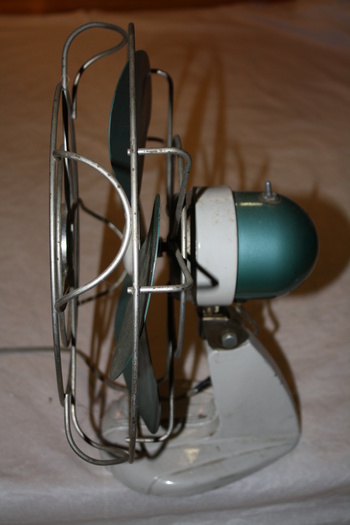 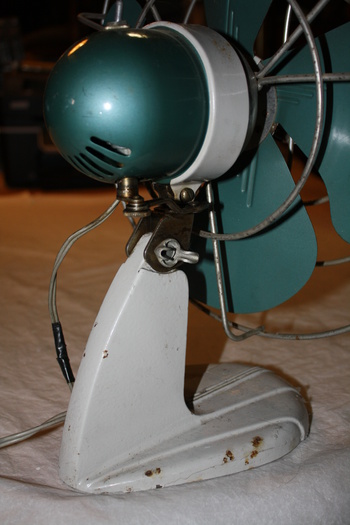 This fan belonged to an elderly client who was downsizing from her big house and moving into a Senior's condo complex. Her children and relatives had gone through everything and taken what they wanted and she was practically giving away the stuff left behind.

This is a Silex Handybreeze oscillating fan made in Iberville, Quebec, Canada. It has "Catalog #3362H" written on the center plate of the fan and the number 8-861-F S1 stamped into the bottom of the base. I like the Art Deco design of the base and the danger factor - what's with the human inclination to stick one's fingers into the cage of a spinning fan?!

It's been difficult to find much information on this fan but I think it looks like a 1950s style (one site listed it as 1943, but I think that's too early?). Apparently similar models were manufactured in Chicago, so maybe the Canadian version is harder to find information on?

I paid $10 for it and it was still in operation up until I paid for it. I felt bad removing her source of cooling on that hot summer day...