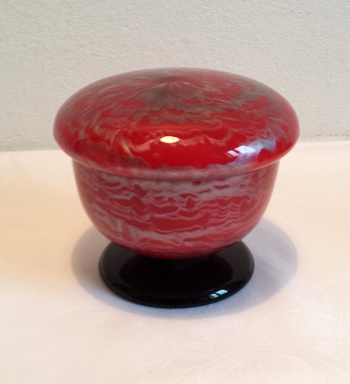 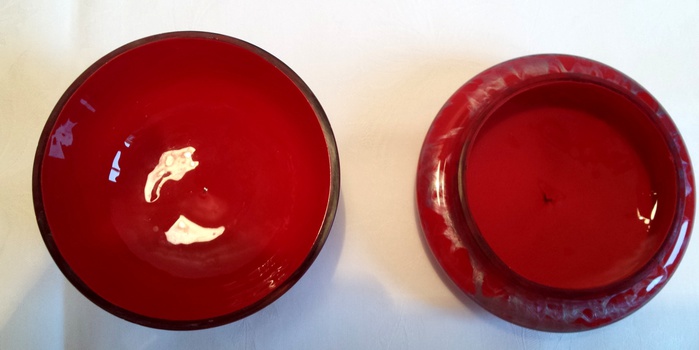 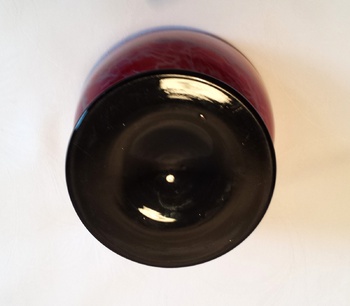 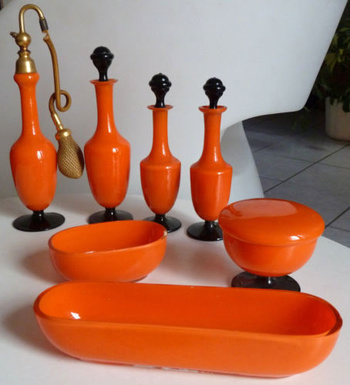 Another piece from Andy's collection:

Now back to Loetz. I had wanted this one since I first saw an example and then it suddenly surfaced out of nowhere. The issue to be discussed here is how old it really is. It may have been made simultaneously to the golden Tango era, around 1915, but also later, during the second wave, around the Paris exhibition 1925. Examples of this decor have been seen with the oval mark, but I rather think that the initial phase was Titania meets Tango, right before the First World War and that the production was continued for several years.
Another interesting aspect is that although the orange set suggests the existence of bottles, all I have ever seen in this decor is another box like this one (btw. now lost), a bowl and a vase with handles. It is made in several layers: thin dark red layer, then clear glass, then silver and pinkish pattern, then another layer of clear glass, all that meeting in the center of the lid (see photo from the inside). It is about 4'' in both dimensions