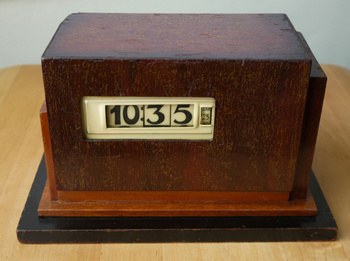 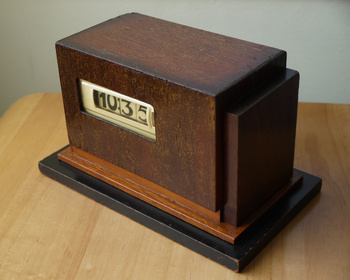 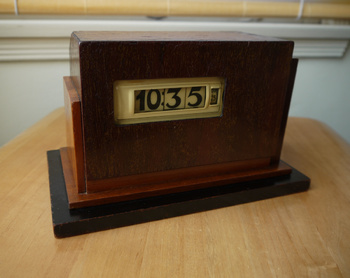 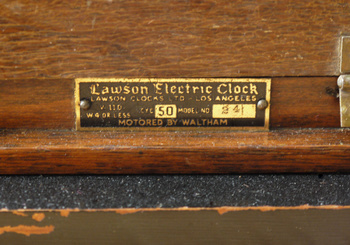 This is one of the earliest clocks manufactured by Lawson Clocks, Ltd. (later Lawson Time, Inc.) of Los Angeles – pioneer in the field of ‘digital’ or ‘direct read’ clocks and one of the country’s premier 20th century clock makers. Lawson is perhaps best known for producing the Model 304 “Zephyr,” an icon of Streamlined design long attributed to noted German-American industrial designer Kem Weber. Recent research suggests that credit for the Zephyr's design, and for most of Lawson's best known clocks of the late 1930s and 40s, is more likely due to noted Art Deco designer and metalsmith, Paul Feher, working with artist George Adomatis. No patents or design drawings exist for any of Lawson's clocks.

The ID tag on the back of the Model 24 indicates that it was made at Lawson’s first, Los Angeles, facility between 1934-1935. It was likely designed by Lawson Clocks staff - perhaps by company founders Lindley and Harold Lawson themselves. As far as I’m aware, Model 24 was the first clock produced by Lawson in the Modern mode. And what an intriguing asymmetrical design -- almost Constructivist looking! Two types of wood were used, both solid pieces and veneer, on a black lacquered base. Stands about 7.5 inches tall.