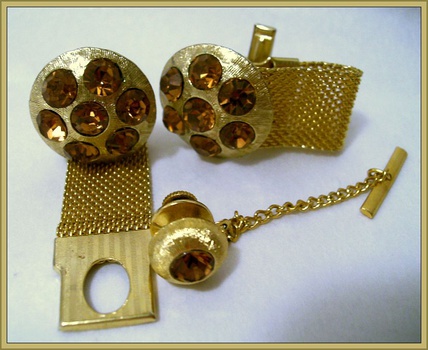 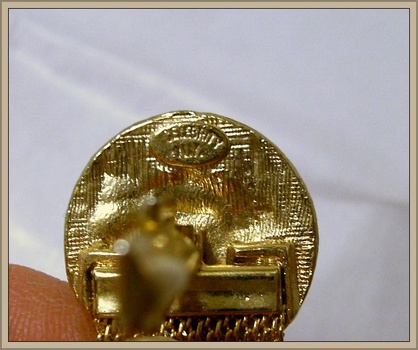 A pair of 1970's CELEBRITY JEWELRY (Corporation) cuff links with the matching Tie Clip. These were my Dads. Celebrity Jewelry ( Costume Jewelry for Men & Women) was done via Home Parties - Much the same as Tupperware was done. Topaz color of Jewel to them as my Dad birthday was in November. They have a Gold-tone mesh band to them also. Marked on the back.