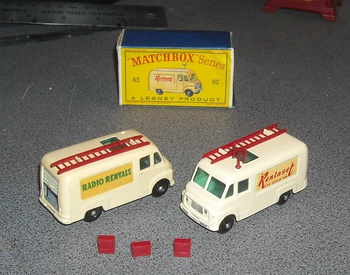 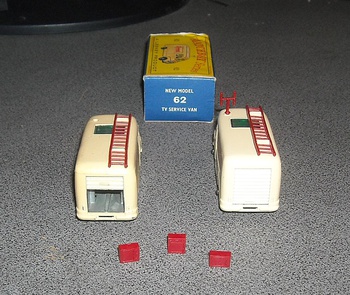 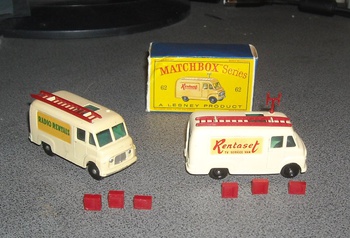 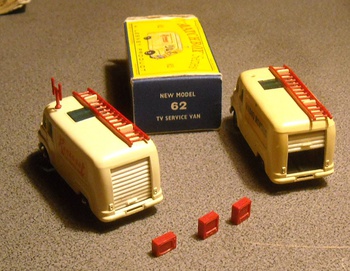 The TV Service Van was introduced in 1963 and its last year in the catalog was 1968. It had two variations. The" Rentaset" which was the original and the "Radio Rentals" which was sold in 1968. Don't know why they switched possibly a copyright issue. Nit exactly who would rent a radio in 1968.
Anyway I bought the Rentaset version with the box as it was a good price but it was missing the antenna. Was going to buy a repro but there was a lot of flash so I decided to find an original with an antenna and ended up spending about half again what I spent on the first one. But I still did good as a complete boxed version would have costs about $30 more. Now I just need one more antenna.
Back to some specifics as the box says "new model" it is from 1963. That is a D2 style box by the way.
The Radio Rentals version is from 1968.
Other good news is each one has all three of the TVs. That is what the little red square things are. They are almost as hard to find as the antenna.
Added a forth photo to show the cool roll up doors. I've been told not using flash makes for better photos, there seems to be pluses and minuses.